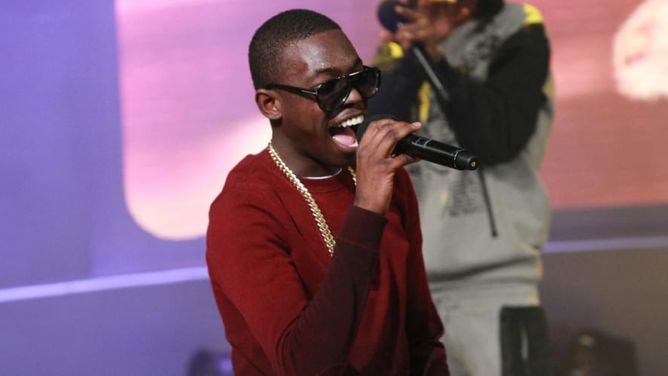 Brooklyn rapper Bobby Shmurda has been released from the Clinton Correctional Facility in Clinton, N.Y. today, over six years after he was first arrested in late 2014. “At approximately 8:30 this morning, Ackquille Pollard was conditionally released from Clinton Correctional Facility. Mr. Pollard will be under community supervision in Kings County until he completes his sentence on February 23, 2026,” wrote the New York State Department of Corrections and Community Supervision in a statement to Pitchforkundefined.

He pled guilty to third-degree conspiracy and possession of a weapon charges in 2016, after state authorities investigated the GS9 crew as a “criminal street organization.” His fellow crew member Rowdy Rebel was released in late 2020.

Shmurda rose to fame with his 2014 hit single “Hot N-gga,” and found success with songs like “Bobby B-tch” and his feature on the Rowdy Rebel song “Computers.” He’s continued to work from behind bars, appearing on 6ix9ine’s “STOOPID” back in 2018 and dropping a jail phone freestyle in 2017.

Genius previously broke down the influence of Shmurda:

Catch up on all the lyrics to Bobby Shmurda’s biggest hits on Genius now.