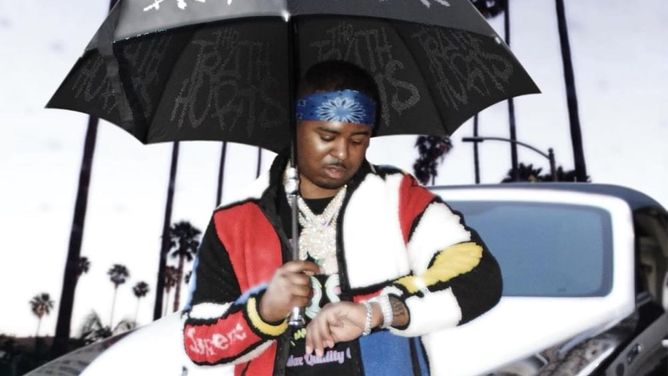 Drake & Drakeo The Ruler Link Up On “Talk To Me”

California rapper Drakeo the Ruler first teased a song with Drake in late 2020, and now it’s finally here. “Talk to Me” is the first collaboration between the similarly named rappers, with Drake handling the chorus while Drakeo spits a pair of verses about relationships and his four-year incarceration over production by Elias Knight, ​jordanwtf, and E.Y.

On the second verse, Drakeo questions the value of a relationship that didn’t last through his stint in jail:

Ain’t seen your face when I was up on that indictmentAin’t get a letter, I was strugglin' and fightin'With these peoples, they was demonsTried to put me in a cage, was sayin' “free me”

The rapper was released from prison last November after accepting a plea deal for time served. His legal saga pit him against former Los Angeles District Attorney Jackie Lacey, who used California gang law and even his own rap lyrics to put him back on trial despite being acquitted of murder and attempted murder charges in 2019.

I don’t know if what we have is love, but it’s on my mindWe might slide on a n-gga inside this club, girl, close your eyesFifteen brothers, no friends when I pull up, for peace of mindLights come on, I'ma need you to come find me, don’t be so shy

“Talk to Me” is set to appear on Drakeo’s new project, The Truth Hurts, which drops tonight with features from Don Toliver, Ketchy the Great, and more.

Read all the lyrics to Drakeo the Ruler’s “Talk to Me” featuring Drake on Genius now.