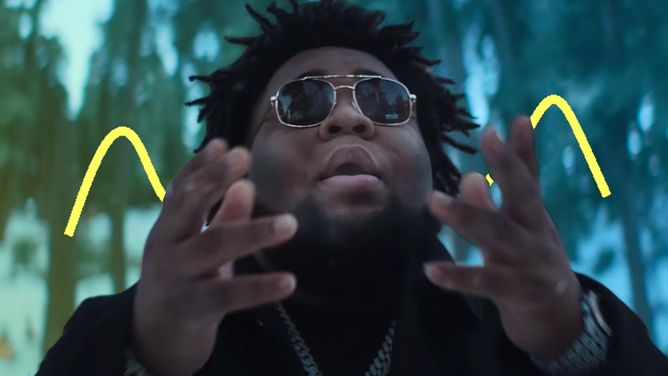 Since stepping on the scene in 2016, Rod Wave’s relatable bars and larger-than-life vocals have captivated audiences across genres.

Genius brought back Prince Charles Alexander who previously worked with us to take a look at Roddy Ricch and Lil Tjay’s melodies. He sat down again to break down Rod Wave’s vocal prowess and how he uses his greatest instrument.

“I really struggle to classify a lot of this generation because I feel like they’re equally applying a singing aesthetic as well as a rapping aesthetic. And they’re doing them both well.”

We took a look at a few of the Florida rapper’s most notable tracks, like 2021’s “Tombstone” and his breakout track, “Heart On Ice,” which he performed on Genius' Open Mic.

“Heart On Ice” set the tone for Rod’s contribution to the hip-hop lexicon.

Similar to the late star Amy Winehouse, he reworks the typical song structure to establish it in his own authentic way.

“Hip-hop is known for breaking down tradition,” said Alexander. “Whatever you think is the norm we’re going to figure out a way to do something different. More so than most of the other melodic rappers that I’ve heard, Rod Wave is doing something that really is changing the form of verses and choruses and where these pieces go.”

Rod Wave makes a conscious effort to display all of himself in his music, giving his audience the opportunity to express themselves through his lyrics. That approach coupled with the honesty in his voice is what makes the young rapper so sincere.

Watch the video above to learn more and catch up on all the lyrics to Rod Wave’s biggest hits on Genius now.