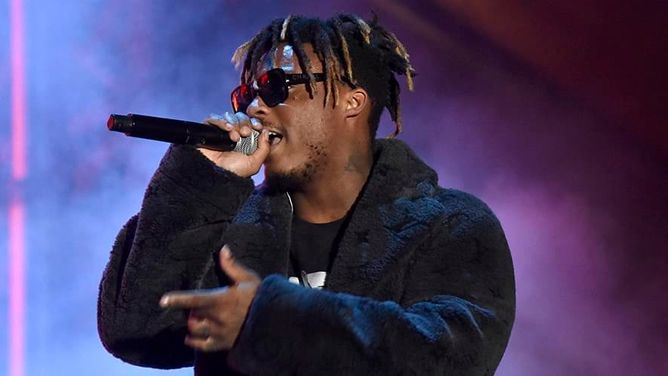 GQ put together a look back on the life and death of the late Juice WRLD. The piece details his addiction to drugs like Xanax and Percocet, and it also talks about his habits in the studio. According to producers like ​benny blanco and Rex Kudo, Juice was a one-of-a-kind artist in the booth.

“He hears one second of the beat, he goes in and not only does he come up with the lyrics and the melody, but he does the entire song in one take,” said Blanco about Juice. “And he did three more takes and did three more hit songs over the same beat. And then he just says, ‘Pick the best parts you like.’”

“We recorded eight songs that first day,” added Blanco. “And it wasn’t like he had dumb lyrics—his shit made you feel something.”

Elsewhere in the piece, producer Rex Kudo recounts a similar experience meeting and working with Juice in London. Kudo was working on a song with M.I.A. at Metropolis Studios when Juice came by. Kudo recalled that seconds after meeting Juice, he went into the booth and started freestyling. “We made an amazing song, and it’s not something we could have done on purpose,“ said Kudo. "I started it for [M.I.A.], and Juice went in and made it his own.”

Kudo and Juice would work together on the song “On God” from Death Race For Love. Kudo added how Juice recorded “like a faucet that’s stuck on."

“It’s not too often that artists are excited to record, even if they’re great,” explained Kudo. “A lot of artists see it as clocking in or having to chase a hit. But he was like a kid in a candy shop. So excited and having so much fun with it. And having the awareness of how great the gift he had was, but not being clouded by it.”

Another detail the story highlights is how Juice’s talent was evident even when he was a small child. His mother, Carmela Wallace, said she signed her son up for music lessons when he was just six because he could memorize songs and pick up instruments in a matter of days. Juice would later join his school band but drop out after he started uploading his own songs to SoundCloud.