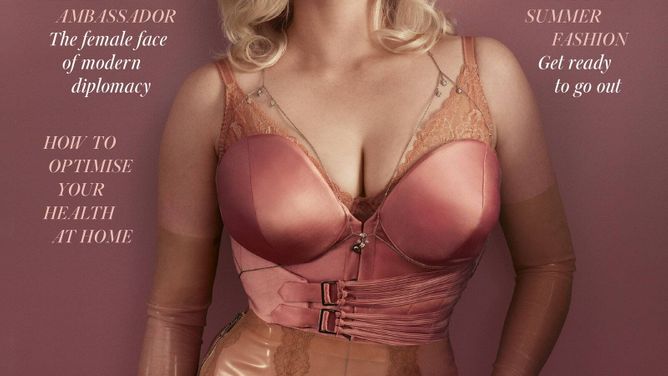 Last week, Billie Ellish released “Your Power,” a single for her upcoming album, Happier Than Ever, and the song’s subject matter drew some speculation. On the track, Ellish addresses people who abuse power dynamics in underaged relationships. Fans and critics alike wondered about the song’s inspiration and whether it was about an abuser in particular. In a new cover story with British Vogue, Ellish broke down the song and revealed how it came together.

According to Vogue, the subject of the song is a composite character, but that’s not what Ellish wants the audience to focus on.

“It’s an open letter to people who take advantage—mostly men,” said Billie. “I would like people to listen to me. And not just try to figure out who I’m talking about, because it’s not about that. It’s really not at all about one person. You might think, ‘It’s because she’s in the music industry’ – no, dude. It’s everywhere. I don’t know one girl or woman who hasn’t had a weird experience, or a really bad experience. And men, too – young boys are taken advantage of constantly.”

The piece also reveals that when Ellish was younger she was in such a relationship herself which she chooses not to discuss, but her team clarifies it wasn’t with someone in the music industry. She went on to explain why her perspective on age changed as she grew older.

“I used to not understand why age mattered. And, of course, you feel like that when you’re young, because you’re the oldest you’ve ever been. You feel like you’re so mature and you know everything…People forget that you can grow up and [realize] sh-t was f-cked up when you were younger.”

While discussing her latest single, she also mentioned a lyric from her 2019 song “When I Was Older”:

I’m still a victim in my own rightBut I’m the villain in my own eyes, yeah

Her reflection about her old lyrics tied to her new song.

“I wanted to say that it doesn’t matter who you are, what your life is, your situation, who you surround yourself with, how strong you are, how smart you are,” said Ellish. “You can always be taken advantage of. That’s a big problem in the world of domestic abuse or statutory rape – girls that were very confident and strong-willed finding themselves in situations where they’re like, ‘Oh my god, I’m the victim here?’ And it’s so embarrassing and humiliating and [demoralizing] to be in that position of thinking you know so much and then you [realize], I’m being abused right now.”

Ellish also anticipated the backlash she is expecting to receive after releasing the song and then doing a racy cover shoot.

“‘You’re going to complain about being taken advantage of as a minor, but then you’re going to show your boobs?’” she said, imitating her critics. “Yes I am, motherf-cker! I’m going to because there’s no excuse.”

Ellish’s next album, Happier Than Ever, is set to drop on July 30.

Read the full Billie Ellish Vogue cover story here and read all the lyrics to “Your Power” on Genius now.