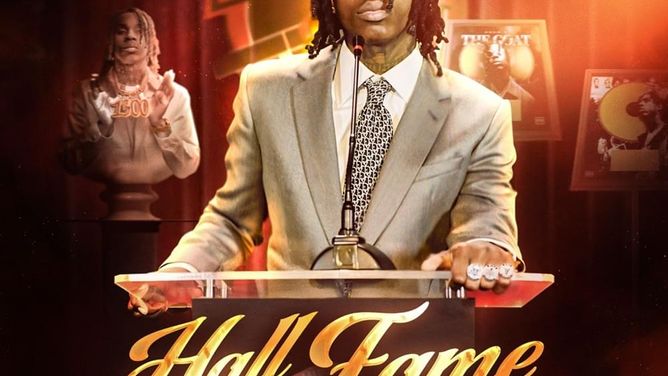 Chicago’s Polo G delivers his third album, Hall of Fame, today, arriving a little over a year after the release of his last project, The GOAT. The 20-track album includes features from The Kid LAROI, Lil Durk, Young Thug, DaBaby, Roddy Ricch, Lil Wayne, Nicki Minaj, Rod Wave, Pop Smoke, and more. It includes his No. 1 hit, “RAPSTAR,” as well as singles like “GNF (OKOKOK)” and “GANG GANG.”

“On [Hall of Fame], they can expect a star-studded feature list and a lot of versatility,“ he told Complex. "I’ve got a lot of different types of music on it. I’ve got something that somebody from any type or facet of life could pull from on this project. If you don’t like the standard pain, melodic rap, I’ve got something that’s going to turn you up, too. I’ve got all types of sh-t for somebody to f-ck with.”

Check out all the lyrics to Polo G's 'Hall of Fame' below: