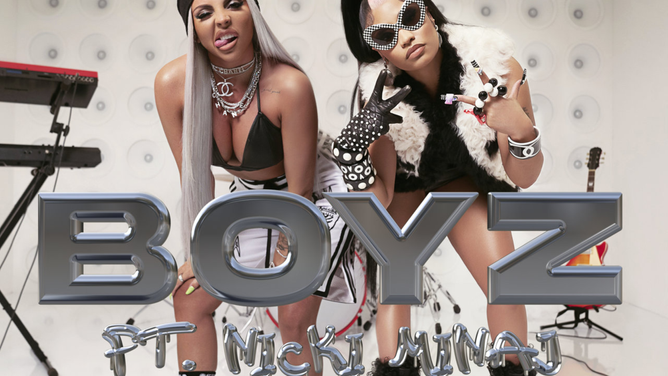 Less than a year after officially parting ways with British girl group Little Mix, singer Jesy Nelson has released her debut solo single, “Boyz.” The song boasts a cameo from rapper Nicki Minaj, who previously worked with Nelson on Little Mix’s 2018 track “Woman Like Me.”

Cooked up by production duo Loosechange, “Boyz” features a sample of Diddy’s classic 2001 song “Bad Boy For Life.” But whereas Diddy rapped about being a bad boy himself, Nelson sings about being drawn to bad boys romantically. “I’m always more attracted to someone who keeps me on my toes,” said Nelson, “which sounds mental, but that’s what excites me.”

On the song’s first verse, Nelson explains why she isn’t looking for a “nice” guy:

Bein’ nice a little borin’ when you in between the sheets
When I ride that hee-haw, you know I know how to please ya

On the chorus, Nelson interpolates the “Bad Boy For Life” hook to assert that her attraction to bad boys is more than just a passing phase:

Nelson uses the second verse to admit that not everyone will approve of her taste in men:

Got a little attitude, but I think he’s kinda cute
So hood, so good, so damn taboo

Nicki Minaj steps in for the third verse, where she pays homage to some of hip-hop’s most iconic bad boys:

You can read all the lyrics to “Boyz” on Genius now.