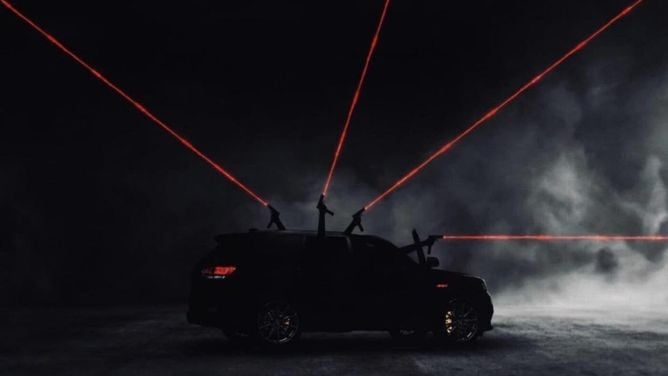 Lil Durk, 21 Savage, And G Herbo Jump On The Remix Of Nardo Wick’s “Who Want Smoke??”

Back in January, Florida rapper Nardo Wick dropped “Who Want Smoke??”—a stark, confrontational single that’s been racking up millions of streams ever since. Wick returned last week with a “Smoke” remix that’s already catching fire. The track features Lil Durk, 21 Savage, and G Herbo—none of whom Wick has collaborated with before.

The remix retains Wick’s original opening verse, which finds the Jacksonville MC slinging threats and establishing a counting theme that will return in two of the three newly added verses.

One, two, three, four (Kick your door, get on the floor)
Five, six, seven, eight (Don’t make no noise, I’ll eat your face)

Durk begins verse two by referencing the unfortunate phenomenon of people on the internet urging him to avenge the death of his friend and frequent collaborator King Von, who was gunned down in November 2020.

They be on my page like, “Slide for Von,” I know they trollin’ me (Cap)

On the third verse, 21 Savage takes the counting thing all the way up to 16 with his graphic lyrics.

G Herbo goes last and ends his verse with a shoutout to his Chicago crew NLMB, which stands for No Limit Muskegon Boys and also Never Leave My Brothers. While sources often refer to NLMB as a gang, Herbo has insisted it’s a “brotherhood.”

Aim that bitch, shoot everywhere
No Limit, I never care

You can read all the lyrics to “Who Want Smoke?? (Remix)” on Genius now.