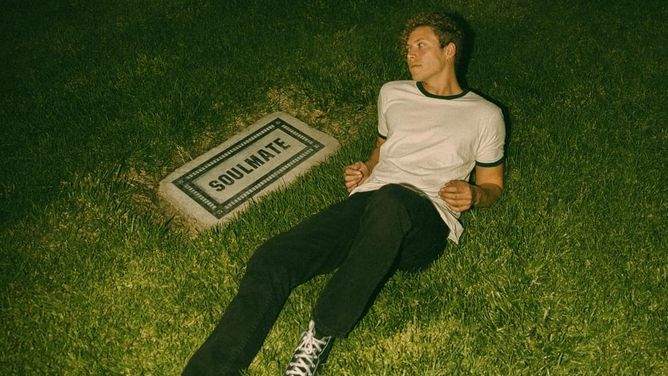 TikTok star and singer-songwriter iamnotshane just made his Top 20 debut on the Genius Top Songs chart with his latest single, “Maybe My Soulmate Died,” which officially arrived today on streaming platforms. The L.A.-based synth-pop singer has been teasing the song on TikTok for over a month, uploading short snippets to the platform while he was still in the process of writing the track.

iamnotshane wrote and produced “Maybe My Soulmate Died” with Alex Tirheimer. The song is about missed connections and the self-doubt that comes along with them.

On the opening verse, iamnotshane feels that initial spark with someone new. Instead of acting on the feeling, though, he begins to spiral into self-doubt.

I never got your number
Am I reading into your smile
Or am I reading between your lips?

He continues to make excuses for himself on the pre-chorus.

On the chorus, his misgivings get the best of him. He’s not only given up on this one person, but he’s thrown in the towel on the prospect of finding love at all.

Maybe my soulmate died, I don’t know, maybe I don’t have a soul

His fear of missing out on something special is at war with his fear of rejection on the second verse.

On the bridge, he’s at least aware that his self-doubt is a recurring issue.

You can catch iamnotshane perform “Maybe My Soulmate Died” on his One Less Year Alive Tour and read all the lyrics to the song on Genius now.