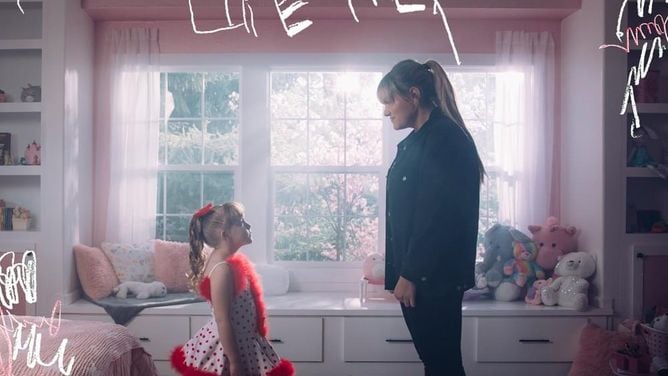 Maddie Zahm has scored her first-ever Top 10 placement on the Genius Top Songs chart with “You Might Not Like Her,” the title track off her forthcoming debut EP. The song functions as a letter from the Idaho native to her younger self, and it details some of the major life changes she’s experienced over the last year. These include moving to Los Angeles, leaving her post as a worship leader in a conservative church community, and coming out as queer.

Zahm shares writing credit on “You Might Not Like Her” with producer Adam Yaron, as well as Carlee Chappell and Jason Yik Nam Wu. She says the song—which blew up on TikTok even before its official release—was the easiest thing she wrote for her EP.

“Most of my past work has been about my relationships with other people & never about my relationship with myself,” Zahm said in a statement. “This was the first time I allowed myself to be truly vulnerable in my music and it kickstarted my project. It means the world to me because it’s how I came out to myself and my family.”

Zahm doesn’t actually begin the song singing to her younger self. Over gentle acoustic guitar, she sets the scene for the conversation that’s to come.

If you would’ve told me I’d throw away my purity ring in the middle of an airport
My younger self would laugh, would never believe that
It’s against everything that we stood for

By the end of the verse, she’s in second-person mode, addressing the straight-laced churchgoer she used to be.

You’ll throw shots in the dark and black out at a bar
There’ll be good, then there’ll be bad parts

In the chorus, Zahm discusses both her sexuality and struggles with body issues.

The final lines of the hook celebrate Zahm’s hard-won self-acceptance.

You’ll lose your faith a bit and question if she’s you
For a while you might not like her, but I do

Zahm gets extremely real with her teen self in the second verse as muted drums heighten the tension ever so slightly.

Some days feel like whiplash, one eighties
And you’ll hate that you’ll label yourself just to take it back
Convinced you’re not bi ’cause you’re way too into guys
And the first time you have sex, you’ll cry

She ends the second verse with a cathartic kicker that nicely encapsulates her journey of self-discovery.

You’ll sometimes skip meals and numb how you feel
And you’ll miss the old you but here’s the deal
That good girl you were, was really fucking bad at being real

In the music video, Zahm literally sings to traumatized past versions of herself and comes out to her parents in a moving scene that coincides with the music swelling and reaching a finale that suggests brighter days ahead.