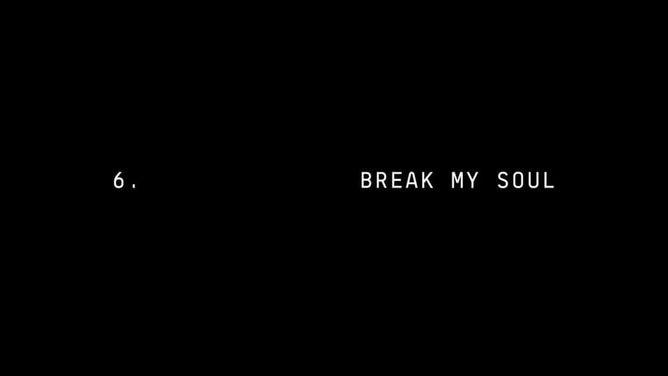 Last week, Beyoncé sent the world into tizzy when a small update to her Instagram bio claimed she would be dropping her seventh studio album, RENAISSANCE, on July 29. A few days later, another bio update revealed that the first single off the project, “BREAK MY SOUL,” would arrive at midnight.

Today, fans can rest easy knowing that the biggest pop star in the world wasn’t just hacked—“BREAK MY SOUL” really did drop last night, and naturally, it immediately shot to the top of the Genius Top Songs chart. The song—produced by Beyoncé, Tricky Stewart, and The-Dream—explores a new house sound for the singer; the beat recalls Robin S.’s 1990 dance hit “Show Me Love.” (The writers of “Show Me Love,” Allan George and Fred McFarlane, receive songwriting credits on “BREAK MY SOUL.”) It also opens with a sample of the 2014 song “Explode” by bounce legend Big Freedia, who previously contributed vocals to Bey’s 2016 smash “Formation.”

I’m ’bout to explode, take off this load
Bend it, bust it open, won’t ya make it go

Big Freedia’s hype-up lyrics lead us into the anthemic chorus, where Beyoncé vows to not let anyone tear her down.

On the first verse, Bey makes a major life change. Her job has gotten too stressful, so she walks away from it, confident she’ll move onto bigger and better things.

Now, I just fell in love, and I just quit my job
I’m gonna find new drive, damn, they work me so damn hard

She’s building herself back up on the pre-chorus.

And I’m on that new vibration
I’m buildin’ my own foundation, yeah
Hold up, oh, baby, baby

Then, she lets all the negative energy fall away on Big Freedia’s post-chorus.

The pandemic seems to be what threatened to break Bey’s soul on the second verse. She’d lost her mind, but now quarantine is over and Bey can step outside again—of course, not without her mask.

(Good at night) And we back outside
You said you outside, but you ain’t that outside
Worldwide hoodie with the mask outside
In case you forgot how we act outside

On the third verse, Bey urges the rest of us to manifest our own good vibes.

RENAISSANCE will mark Beyoncé’s first full-length solo album since 2016’s Lemonade. The LP is rumored to explore not only dance music, but also country. You can read all the lyrics to “BREAK MY SOUL” on Genius now.