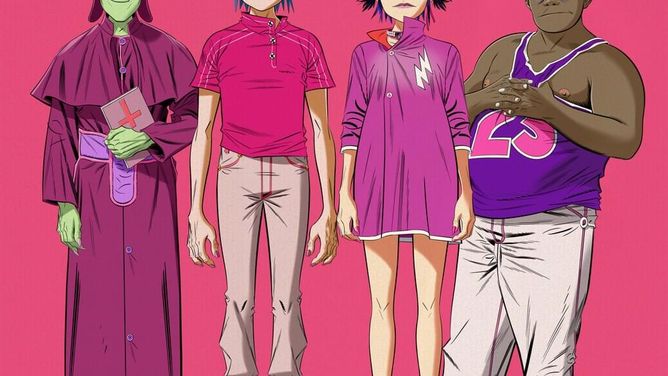 Gorillaz Link Up With Thundercat On New Song “Cracker Island”

Gorillaz have a long history of working with unexpected collaborators who wind up rising to the challenge and bringing humor and energy to the cartoon rock band. The animated crew has collaborated with everyone from Snoop Dogg to Robert Smith, and on their latest song, “Cracker Island,” they groove effortlessly alongside jazz-funk bassist, singer, and songwriter Thundercat. “Cracker Island” is the first new Gorillaz tune of 2022, and it debuted in the Top 10 of the Genius Top Songs chart.

Another thing Gorillaz have been known to do well is offer insightful critiques of humanity—the kind that are somehow easier to digest coming from a bunch of cartoons. “Cracker Island” continues this proud tradition, introducing a cult theme that extends beyond the song. The band—or more correctly musical mastermind Damon Albarn—has launched a website that urges fans to sign up for “The Last Cult.”

“It’s nice to be back,” reads a statement from 2-D, the group’s fictitious lead singer. “I’m well into our new tune, it brings back weird and scary memories of stuff that hasn’t happened yet.” With its talk of con artists tricking people into trading their souls for the promise of an elusive utopia, “Cracker Island” might be about Trumpers, crypto bros, anti-vaxxers, conspiracy theorists, tech billionaires, actual religious cult leaders, or any other group with dubious ideas on how to make the world a better place.

Albarn voices 2-D and uses the opening verse to set the scene.

But Albarn knows there’s a cost for believing these lies. Thundercat echoes Albarn’s concerns with his parenthetical response vocals.

In the bridge, Thundercat observes what’s become of the island with a sense of disbelief.

Things take a dark turn in the third and final verse, as 2-D seems to describe something like a mass suicide. The line about the “shining bolt of light” recalls the Hale-Bopp comet, which followers of the Heaven’s Gate cult believed was hiding an alien spaceship. In March 1997, 39 people—including cult leader Marshall Applewhite—took their lives in hopes of boarding the spaceship and entering Heaven.

You can read all the lyrics to “Cracker Island” on Genius now.