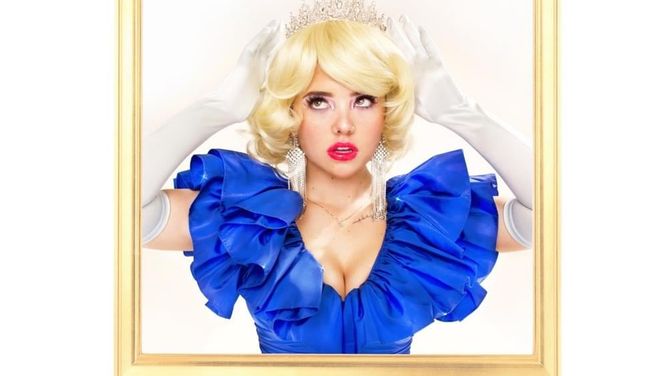 Canadian pop singer Lauren Spencer-Smith rose to prominence earlier this year with a pair of breakup anthems, “Fingers Crossed” and “Flowers.” Both songs are sung in the second person and aimed at the lover who did her wrong. With her latest single, “Narcissist,” Spencer-Smith pulls back a bit and offers comfort to those who share her habit of falling for self-involved jerks.

Produced by hitmaker Greg Kurstin—who wrote the song along with Spencer-Smith and Fransisca Hall—“Narcissist” landed on July 29 and climbed straight into the Top 30 of the Genius Top Songs chart. It might’ve debuted higher if not for Beyoncé’s total domination of the Top 20, but those are the breaks.

“Narcissist” opens with a brief description of the kinds of lovers Spencer-Smith is talking about. These people are toxic, but they seem fun at first.

They’re always charismatic, and they’ll turn up the charm
Their words do something magic saying no is really hard

In the pre-chorus, Spencer-Smith suggests that these types of relationships have a very short shelf life. But she doesn’t blame anyone for learning that the hard way.

(Ooh-ooh) And after six months, you’ll feel really stupid
(Ooh-ooh) I promise that it’s not your fault you fell for it

The chorus explains exactly how a narcissist will turn the tables and blame everything on the partner they’re emotionally steamrolling.

’Cause one little fight breaks into war
Feels like you’re dying on a bathroom floor
You’ll make an excuse, they’ll say that it’s you
And the mirror’s telling you it’s true

Later in the hook, Spencer-Smith describes what it’s like to feel utterly trapped and unsure of how much BS to endure before finally walking away.

Won’t leave, can’t stay, how much are you gonna take?
’Cause you’ll always get the blame
It feels like shit, but that’s just how it is
When you love a narcissist

Another thing about narcissists: They’re unfaithful, as Spencer-Smith explains in the second verse.

So if you’re feeling crazy, I wouldn’t be surprised
The only thing they’re good at is knowing how to gaslight
Then make you feel like you’re the most beautiful in the world
While they’re sleeping with another girl

In the outro, Spencer-Smith switches briefly into first person, revealing what listeners have suspected all along: She’s been in this situation, so she knows what she’s talking about.

’Cause I felt like shit, so I know how it is
When you love a narcissist

“Narcissist” arrived with a music video that finds Spencer-Smith singing into a mirror and seeing herself dressed as a prom queen, a goth girl, and a blonde in a pink fur coat. Spencer-Smith is gearing up for an eight-date headlining tour, and she’s said to be at work on her debut album.

You can read all the lyrics to “Narcissist” on Genius now.