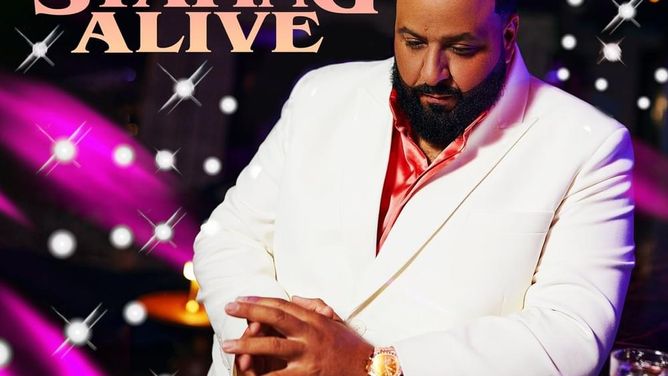 With fall a little less than two months away, DJ Khaled, Drake, and Lil Baby still have plenty of time to claim song of the summer with their latest collab, “STAYING ALIVE.” The song, which marks Khaled’s first release of 2022 and is set to appear on his upcoming album GOD DID, arrived today and immediately climbed into the Top 5 on the Genius Top Songs chart.

Both Drake and Lil Baby have teamed up with Khaled separately, but “STAYING ALIVE” marks the first time the rappers have appeared together on one of the hitmaker’s tracks. On the chorus, Drake interpolates the iconic refrain from the BeeGee’s 1977 disco classic of the same name. The line serves as a clap back to all the haters and exes who doubted him on his way to the top.

On the first verse, Drizzy turns his attention to the relationship issues that come with fame. It’s the same woes that Drake complains about time and time again: Women treat him differently now that he’s successful.

I get some time, but there’s no guarantees
When I was broke, she was bein’ a tease
Four pockets full, now she down on her knees

It’s not exactly like he’s looking for “the one,” though. Later in the verse, he raps about sharing his women with Lil Baby.

On the second verse, Lil Baby doesn’t seem to be bothered by his exes’ ulterior motives. The key, he claims, is keeping his emotions out of it.

I put my feelings aside, you want me to die? But baby, I’m stayin’ alive
’Posed to be one of a kind, you puttin’ no miles, I thought you was down for the ride

Baby is aware that he’s broken some hearts along the way later in the verse, but that’s not going to stop him from living his life.

No response, you can see that I read it
I’m with all, they won’t ever go read it
She be happy if I fell off, and I’m still there, they'’e gon’ have to accept it

“STAYING ALIVE” arrived alongside an equally enjoyable music video, in which both Drake and Lil Baby are doctors who throw a party at the hospital.

You can read all the lyrics to “STAYING ALIVE” on Genius now.