Soul Khan breaks the stereotypical mold of an MC. He startedrapping during his junior high school years and dabbled in the underground rap battles. It wasn’t until November 2008 when Soul Khan started taking his rap battles and career in music seriously. He moved to Brooklyn, NY, got a job at the world renowned Fat Beats and formed the underground hip hop collective Brown Bag Allstars with his co-workers.

From 2008 to 2010, Soul Khan amassed a large fan following ashe quickly become one of the best battle rappers in the Grindtime, Smack URL, and King of the Dot leagues. His battles have amassed a cumulative total of over 6 million combined views on YouTube.

Recently, one of his battles was featured on the front page of the popular social media network REDDIT which resulted with over 100,000 YouTube views in one day.

In November 2010, Soul Khan released his first album, Soul Like Khan for free online. To date, the album has been downloaded over 50,000 times. He has been featured on sites such as 2Dopeboyz, Gobal Grind, The Source, XXL, & Okayplayer. The album and its title track reached the CMJ Hip Hop Charts during the Spring 2011.

In a tribute to John Coltrane, Soul Khan is releasing four EPs in reference to the legendary Love Supreme. This year he has released three EPs Acknowledgement. Resolution, & Pursuance (with the latter peaking at #3 on Bandcamp’s Hot Sellers chart). Psalm, the final EP will be released in early 2012. Each EP has been produced entirely by different producers (DeeJay Element, Marink, The Audible Doctor,& Elaquent).

Within the year of his first album release, Soul Khan has performed on the Warped Tour, CMJ Music Festival, A3C Hip Hop Festival, Fun Fun Fun Festival, and recently selected to perform at 2012 SXSW and NACA music festivals. His music has recently been featured on MTV, MTV2, BET.com, MTVU, Complex, Fader, and AOL.

It used to be that thousands of new fans discovered Soul Khan every day from his entertaining MC battles. Now fans are discovering him by the music he continues to create. 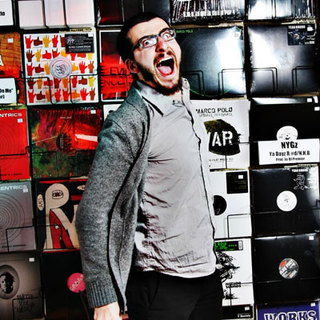