Del the Funky Homosapien (born Teren Delvon Jones in Oakland, California on August 12, 1972) is the founding member of the hip-hop collective Hieroglyphics. His debut album I Wish My Brother George Was Here was released in 1991 and featured production from himself as well as The Boogiemen and his cousin Ice Cube. The album featured Del’s most popular solo single “Mistadobalina” but Del wasn’t feeling the funk sampled sound used on his album that the West Coast would become known for in the following years. He began his sound shift with the Mistadobalina B-side “Burnt”, which was the first appearance of the Hiero crew on wax. His next album, 1993’s No Need For Alarm had a darker yet jazzy sound as the production was handled by Del and Hiero crew members Casual, A-Plus, Snupe, Jay Biz, and Domino as well as Stimulated Dummies.

Prior to the release of his third album Future Development, Del was dropped from Elektra Records and went on to release the album in 1997 on the Hieroglyphics Imperium label in cassette form. He also appeared on the Hiero group album 3rd Eye Vision in 1998 and dropped his fourth album Both Sides of the Brain on Hiero Imperium in 2000, which featured the popular single “If You Must.”

On October 17, 2000, Del released the Deltron 3030 collaborative project with Dan the Automator and Kid Koala, and he had two high-profile appearances in 2001 on the tracks “Rock the House” and “Clint Eastwood” with the Gorillaz. After making more appearances on Hiero group albums and other projects, Del released his album Eleventh Hour in 2008 through Definitive Jux and has released more albums independently through different sources such as Bandcamp and Soundcloud. After more than 25 years in the rap game, he continues to tour and perform with the Hiero crew. 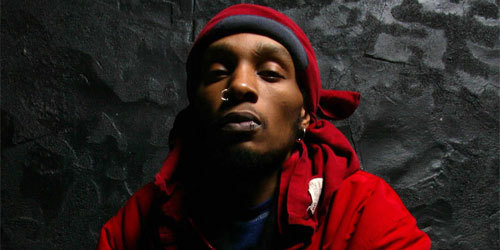