Chinsea Lee, best known as Shenseea (Kingston, 1 October 1996), is a Jamaican singer-songwriter based in Kingston, Jamaica.

Shenseea spent her childhood in the near city of St Mary’s Parish, Jamaica and grew up singing in her church choir from the age of 8. She first came to national and international attention following the release of her first hit single, “Loodi,” in 2017, building an ever-growing reputation within the Dancehall scene ever since.

In the following years, the artists recorded collaborations with international superstars such as Doja Cat, 21 Savage, Megan Thee Stallion and Tyga, the last of whom was featured on her 2019 hit single “Blessed”. Notably, she was also featured on Kanye West’s 2021 album, DONDA.

These accomplishments led up to
Shenseea’s debut album, Alpha , released in March 2022 and including the singles “Lick” and “R U That,” which saw the artist experiment with a different sound and showcase her versatility. 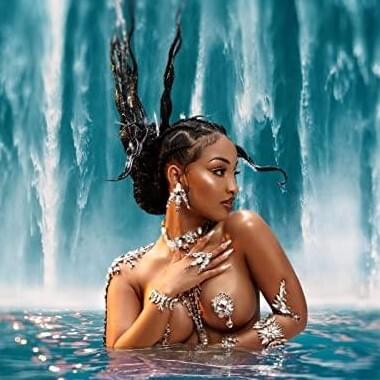