Binary Star is a hip-hop group formed in 1998, composed of One Be Lo, Senim Silla and Decompoze. One Be Lo and Senim Silla were friends as teenagers growing up in Pontiac, both were charged with crimes and sentenced to about ~2years in prison at young ages. During their time in Hiawatha Correctional Facility, the pair formed the group Binary Star. After getting out of jail the pair teamed up with local producer Decompoze, they released Waterworld which got very little recognition but later released a remastered and remixed version of the album called Masters of the Universe which essentially garnered more attention, selling 20,000 copies, and became a critically acclaimed underground classic.

The group disbanded in the early 2000’s and they all went on for solo careers. They reunited a few times for shows through the years. Senim Silla retired from music in 2011. One Be lo and Decompose still collaborate and still sometimes rep the Binary Star name. 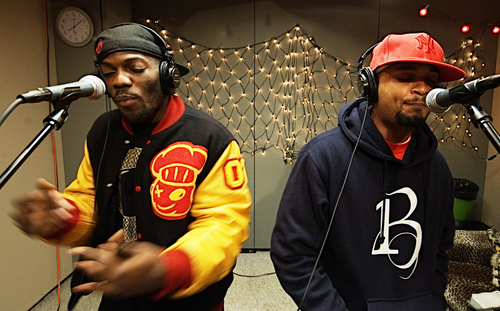