Akinyele Adams, better known by the mononym Akinyele, is an American rapper known for his sexually explicit lyrics, including his 1996 underground radio hit “Put It in Your Mouth”. He appeared on “Live at the Barbeque” off of Main Source’s 1991 album Breaking Atoms. His first album, Vagina Dinerwas released in 1993. 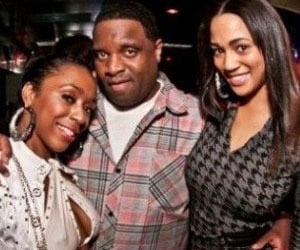