Members Only is a South Florida music collective started in early 2015 and was formed by Broward County native XXXTENTACION.
Members Only is closely related to Very Rare, a South Florida music collective formed by a fellow Broward County native Ski Mask the Slump God. Members of both MO and VR consider themselves to be “VR All-Stars”.

Members Only was originally a duo group between XXXTENTACION and Ski Mask the Slump God after meeting and becoming acquaintances while both serving sentences in juvenile detention. Their first project as a duo was entitled Members Only, Vol. 1 and was released on April 20, 2015.

After 6 months, the duo dropped another project, Members Only, Vol. 2, but this time with a few more artists on board. The duo had grown to a full-fledged collective full of various artists and producers. Notable names in the South Florida underground music culture such as the likes of Fukkit, Flyboy Tarantino, Vinny Changos, and Kilo Jr..

In 2016, XXXTENTACION was jailed and the group began to fade, as well as the friendship between X and Ski. Members of the collective began to form smaller cliques of collaboration and the overall focus of the group had fallen.
Relationships between X and former collective members remained stagnant also after his release.

Following the downfall of the collective, many former members continue to represent Members Only, more in the sense of being a part of a movement rather than being part of a particular group.

While still in jail, XXXTENTACION held a live stream on Periscope for fans, in which he announced the official revival of Members Only in 2017, consisting of himself, Ski Mask the Slump God, wifisfuneral, Craig Xen, STAIN, with more members to be announced. He also announced the release of Members Only, Vol. 3.

On June 18, 2018, XXXTENTACION was shot in the neck and subsequently died the same day. X was 20 years old.
Members Only as a music collective remains to be inactive but more so as a lively movement. The following week after X’s death, Members Only aided a Miami HashtagLunchBag event, “A Helping Hand”, as a memorial in honor of X.

On January 9th, 2019 it was announced by several members that Members Only Vol 4 is going to be released on the 23rd of January. 2019 Member Ski Mask said how he will only have two tracks on the new album. 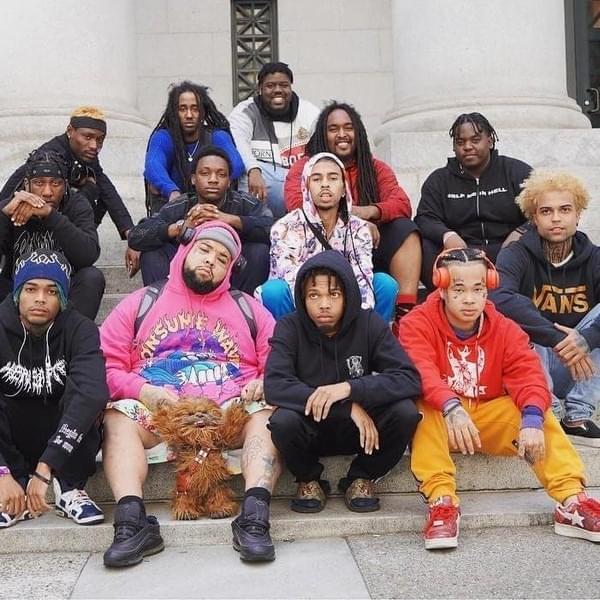