Thrown into Exile is a five-piece American metal band from Los Angeles, California, United States. They got their first break in 2012 when they were able to win the “Road to Mayhem” competition to secure a slot performing on the same bill as bands Slipknot, Motörhead, Anthrax, and Slayer. The band has so far released one EP and toured on the Mayhem Festival 2013 in support of it. The band has opened for a number of notable bands including Sepultura, Fear Factory, Chimaira, All Shall Perish, Testament, Morbid Angel, and more. 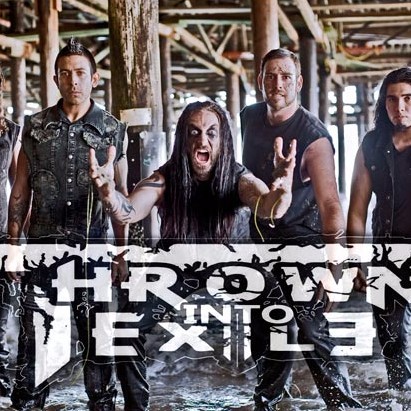