Aretha Franklin is both a 20th and 21st century musical and cultural icon known simply by her first name: Aretha. She is the reigning and undisputed “Queen Of Soul” with a legacy that spans five decades. A native of Detroit, Michigan, Aretha began her career singing gospel at her father, minister C. L. Franklin’s church as a child. In 1960, at the age of 18, Aretha embarked on a secular career, recording for Columbia Records with modest success.

After moving to Atlantic Records in 1967, she released a steady string of US top ten hits through 1973 including “Spanish Harlem”, “Chain Of Fools”, “Baby I Love You”, “Since You’ve Been Gone”, “Daydreaming”, “The House That Jack Built”, “(You Make Me Feel Like) A Natural Woman", ”Think“ and her first chart-topper “Respect” – a song that also won Aretha her first of 18 Grammys. During this time, several of her songs were also successful overseas.

By the mid-70s, Aretha’s commercial success waned and she left Atlantic for Clive Davis' Arista Records in 1980. Her 1982 song “Jump to It,” returned her to the top 40 for the first time in six years. 1985’s Who’s Zoomin' Who? got her back into the top 10 twice with its title track and “Freeway Of Love”. Four more songs reached the top 40 through 1986.

In 1987, her duet with George Michael “I Knew You Were Waiting For Me” topped the pop charts in the US, UK, Belgium, and The Netherlands (it was also her 17th and final US top 10). That year, she became the first female performer inducted into the Rock And Roll Hall Of Fame.

Over the next ten years, Aretha found continued but moderate success, scoring her last three top 40s in this time. Her last one was 1998’s “A Rose Is Still A Rose” – also her 52nd and last R&B top 10 hit (the most of any female artist in chart history). During this time, she was honored with both a Legend Award and a Lifetime Achievement Award from the Grammys.

After 1998, Aretha’s musical output decreased significantly, along with her chart appearances. However, her music still found other success including three more Grammy wins – the final one awarded in 2007 for Best Gospel Performance (“Never Gonna Break My Faith”). Her last single, a cover of Adele’s “Rolling In The Deep” topped the US Dance Chart in 2014 and was a minor hit in three European countries. Aretha passed away of pancreatic cancer on August 16, 2018 at the age of 76. 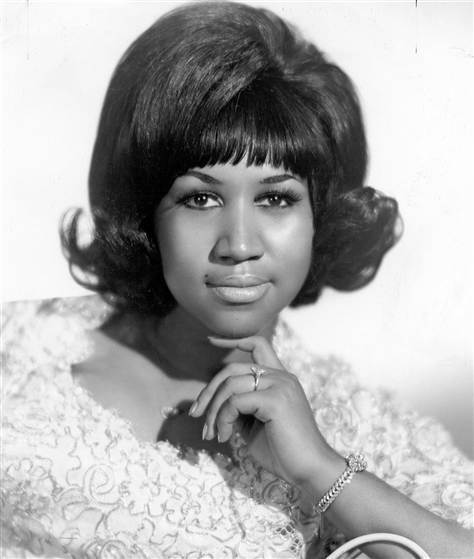