Main Source was a hip hop group founded by the MC and producer Large Professor and the two DJs and producers Sir Scratch and K-Cut in 1989.Their first album Breaking Atoms, released in 1991, is considered a classic golden age hip hop album.After Large Professor left the group “due to financial issues” (as can be read here), the group replaced him by the MC Mikey D and released their sophomore album Fuck What You Think in 1994. 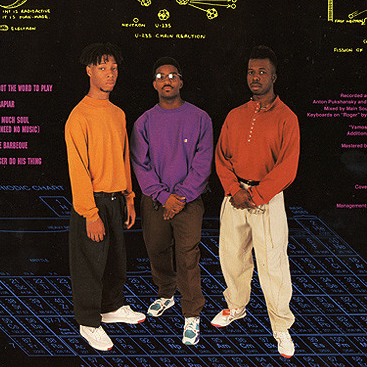