Megan Jovon Ruth Pete (b. February 15, 1995), best known by her stage name Megan Thee Stallion, and also known by her alter-ego names Tina Snow and Hot Girl Meg is both a rapper and a college student studying health administration from Houston, Texas.

Meg grew up the daughter of rapper Holly-Wood (Holly Thomas), and listened to Southern rap staples like Three 6 Mafia and UGK from an early age. By 14 years old, this had largely inspired her to start writing her own raps, and she then went on to establish her presence around the Houston rap circuit by battling and beating opponents in local freestyle competitions.

In the present: sexually explicit yet empowering lyrics combined with effortless flows have become Megan’s signature sound—as she strives to emulate her favorite parts of her male rapper influences (such as Pimp C and Biggie Smalls) but in a female version.

In November 2018, Meg signed with 300 Entertainment, making her the first female artist on the label. However, she would later end up suing 300 as a result of them blocking her from releasing music. After this, Roc Nation began managing Meg, which boosted her journey to mainstream superstardom that had already begun on the social media app TikTok with her song “Savage.”
The subsequent Beyoncé-assisted “Savage Remix” then helped Meg attain her first number one single on the Billboard Hot 100 chart in May 2020.

Unfortunately, two months on, Megan sustained gunshot wounds and had to undergo surgery to remove bullet fragments from her feet. She later alleged it was musician and acquaintance Tory Lanez that fired the gun—causing a messy, high-profile public controversy to transpire.
Not letting the incident hold her back, the career-defining hit “WAP” that Meg shared with fellow femcee Cardi B was released in August, also reaching number one and making history in the process.

Some months after, Megan’s debut album Good News dropped, addressing some of 2020’s drama and highlighting her growth as an artist from the four EP’s that came before it. 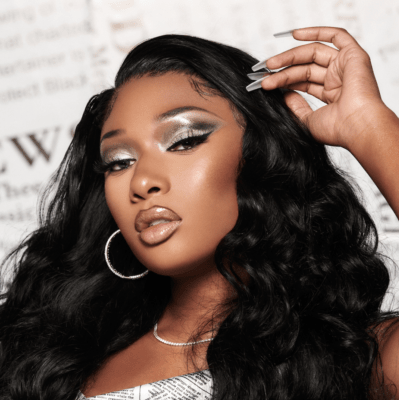