His 2018 songs “Next Song” and “Blank Blank” have received cosigns from the likes of Boosie Badazz and Yo Gotti, but his true ascent began when he dropped the music video to his viral hit “Walker Texas Ranger” on the first day of 2019.

In November 2018, DaBaby shot and killed a man attempting to rob him in a Walmart, which propelled his name up to new heights following various news reports on the incident. The murder charge was later dropped.

On March 1, 2019, DaBaby released his major-label debut studio album, Baby on Baby, after being signed to Interscope Records. It features collaborations from and the likes of Offset from the hip-hop trio Migos, Rich Homie Quan, Stunna 4 Vegas, and Rich the Kid.

On September 27, 2019, he released his second studio album, KIRK. It features collaborations from and the likes of Kevin Gates, Chance the Rapper, Gucci Mane, YK Osiris, Nicki Minaj, Lil Baby, Moneybagg Yo, Stunna 4 Vegas, and Migos. The album debuted at #1 on the Billboard 200, due to 145,000 album-equivalent units in its debut week.

On April 17, 2020, he released his third studio album BLAME IT ON BABY. It features collaborations from and the likes of Quavo from Migos, Future, jetsonmade, Roddy Ricch, YoungBoy Never Broke Again, A Boogie wit da Hoodie, London on da Track, Ashanti, and Megan Thee Stallion.

Outside of his own work, he has been featured on songs by many high-profile artists, including Dreamville, J. Cole and Lute, Megan Thee Stallion, Chance the Rapper, Camila Cabello, and Post Malone. He has also worked with artists on remixes of their popular songs, such as Lizzo, YG, Lil Nas X, Future, and Dua Lipa.

DaBaby also owns his own record label, Billion Dollar Baby Entertainment. Its current roster includes Stunna 4 Vegas, one of DaBaby’s most frequent collaborators; DJ K.i.D., DaBaby’s tour DJ and the producer behind most of BLAME IT ON BABY; and rising North Carolina artists Rich Dunk and 704chop. 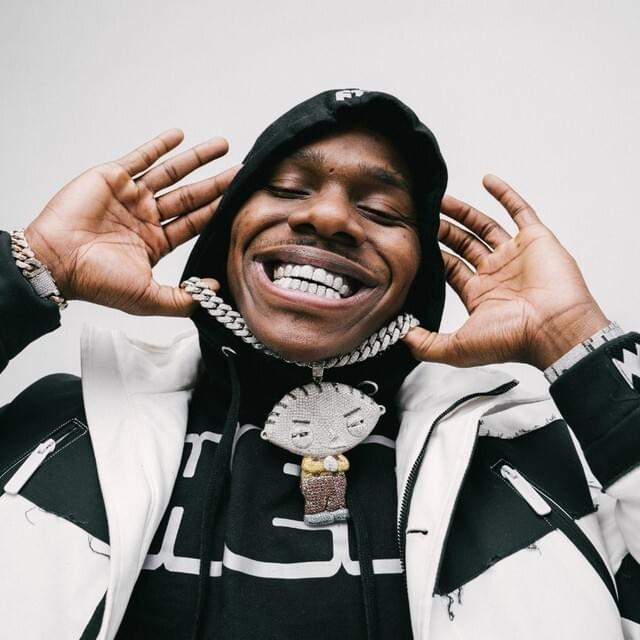