Born & raised in West-Los Angeles, California, Dijon Thames, better known by his rap moniker MANN, is a recording artist and MC that steadily rose to fame after being discovered by legendary producer J.R. Rotem in 2007. His debut single was the song “Ghetto Girl” featuring another JR Rotem intern, Sean Kingston. However his best chart performances were yet to come, with “Text” featuring Jason-Derülo, “Buzzin” featuring 50 Cent (which peaked at #64 on the Billboard Charts), and “The Mack” featuring Snoop Dogg & Iyaz. All of which were featured on his commercial debut album, Mann’s World on August 2, 2011. His latest single is “Bend Ya“ featuring Kendrick Lamar & Frank Ocean, released in 2012. 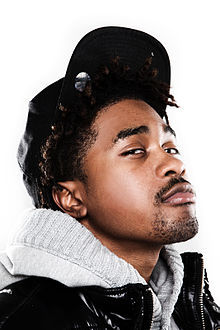