Anita Baker is a Grammy Award-winning singer-songwriter known for her distinct low contralto vocals. She started out in the band Chapter 8, which had the hit song “I Just Wanna Be Your Girl” that was later sampled by Bone Thugs-n-Harmony for their hit song “1st of tha Month.” “Anita” went on to become a big name in ‘80s R&B alongside “Luther” and “Whitney” as she began to rack up #1 hits.

Her debut album, The Songstress, was released in 1983 on independent label Beverly Glen and featured the hit song “Angel.” She left Beverly Glen and signed with Elektra Records, releasing her second album Rapture in 1986, which went on to sell over 5 million albums and peaked at #1 on the Billboard R&B Albums chart thanks to the hits “Sweet Love,” “Same Ole Love,” and “Caught Up in the Rapture.”

Her third album, Giving You the Best That I Got, was released in 1988 and hit #1 on the Billboard 200, and the title track hit #1 on both the Billboard R&B and Adult Contemporary Singles charts. Rapture and Giving You the Best That I Got accounted for five of her eight Grammy Awards, with her sixth in that time frame coming from her gospel collaboration with The Winans on the song “Ain’t No Need To Worry” in 1988.

She released Compositions in 1990 and Rhythm of Love in 1994, which both went Platinum, but she decided to take a break from the music industry to focus on her family before returning with My Everything on Blue Note Records in 2004 and releasing a cover of Tyrese’s “Lately” in 2012. Anita embarked on a farewell tour in 2018 to celebrate her decades-long career in the music business. 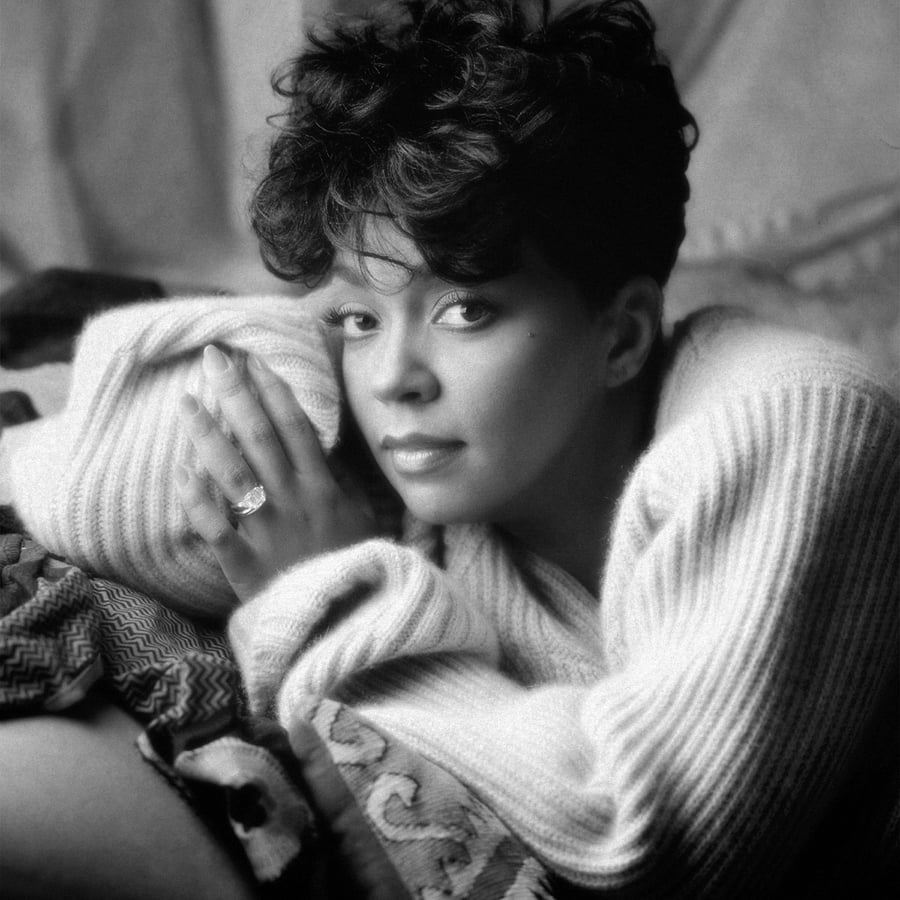