B-Legit (born Brandt Jones on January 13, 1968), is a rapper from Vallejo, California, and one-fourth of the family rap group The Click along with his cousins E-40, Suga-T, and D-Shot. B-Legit made a vocal appearance on E-40’s first release “Mr. Flamboyant” in 1991 and appeared on the first album from The Click, Down & Dirty, before releasing his own debut solo album Tryin' 2 Get a Buck in 1993.

After appearing on The Click’s second album, Game Related, and its hit single “Hurricane” in 1995, B-La released his acclaimed album The Hemp Museum in 1996. That same year he also appeared on the Bay Area posse cut “Ain’t Hard 2 Find” on 2Pac’s double album All Eyez On Me.

B-Legit has released several independent albums, and has collaborated with several artists from all over the map, including Mac Dre, Snoop Dogg, Scarface, Jadakiss, Master P, and UGK among others. In 2018, after nearly 30 years in the rap game, B-Legit released a joint album with E-40 entitled Connected and Respected. 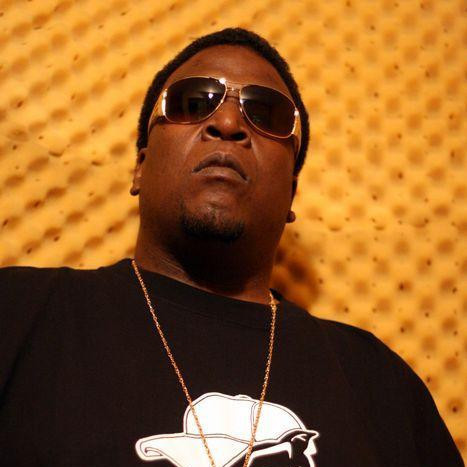