Dr. Dre is a Grammy Award-winning rapper, producer, and mogul who is considered by many to be the greatest hip-hop producer of all time. He raised the profile of West Coast rap after he helped pioneer the sounds of gangsta rap in the 1980s with N.W.A and helped popularize the G-Funk sound in the 1990s with his label Death Row Records before changing his sound again after he established Aftermath Entertainment. Dre assisted in the rise of hip-hop stars Ice Cube, Eazy-E, Snoop Dogg, Eminem, 50 Cent, The Game, and Kendrick Lamar, while producing hits for many other artists. He also became a mogul with his Beats empire and partnership with Apple, helping him become one of the richest musicians in the business.

Financial issues led to the demise of N.W.A and caused Dre to form Death Row Records along with The D.O.C. and Suge Knight. Dre released his classic solo debut album The Chronic in 1992 and further helped the West Coast dominate the sound of hip-hop. Due to disagreements with Suge Knight, Dre left Death Row in 1996 and formed Aftermath Entertainment. He released his classic sophomore album 2001 in 1999 and later released multi-platinum albums from Eminem, 50 Cent, The Game, and Kendrick Lamar. In 2002, Dre won a Grammy Award for Producer of the Year, Non-Classical.

Dre made some appearances in movies such as Set It Off, Training Day, and he starred with Snoop Dogg in The Wash. He established his Beats by Dr. Dre brand of headphones in 2008, and in 2014, the Beats brand was purchased by Apple for $3 billion. In 2015, Dre started a show on the Apple Music Beats 1 station called The Pharmacy—the same year that saw the release of his third album, Compton, and the N.W.A biopic Straight Outta Compton, which grossed over $200 million. As a member of N.W.A, Dr. Dre was inducted into the Rock & Roll Hall of Fame in 2016. 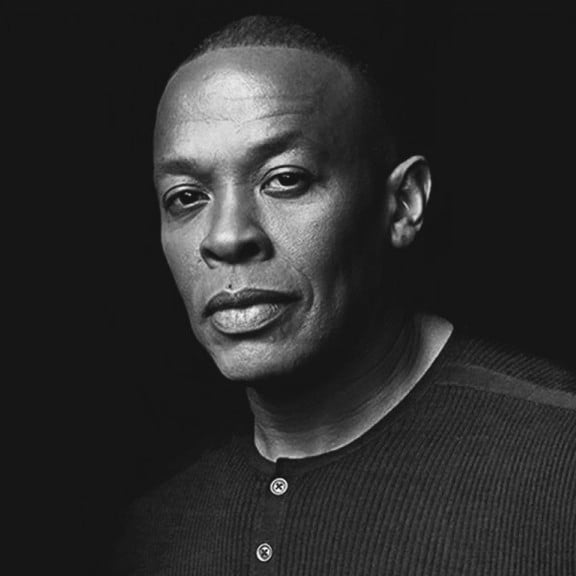