With a name inspired by actor Nipsey Russell, Nipsey Hussle released his first project, Slauson Boy Volume 1, in 2005, and he was featured in XXLundefined’s 2010 Freshman Class alongside J. Cole, Big Sean, Freddie Gibbs, Wiz Khalifa, and Jay Rock among others. Nipsey gained national headlines in 2013 as he sold copies of his Crenshaw mixtape for $100 each. One customer was JAY-Z, who purchased 100 copies in support of Nipsey’s hustle. He then charged $1,000 per copy of his Mailbox Money mixtape in 2014 to continue his #Proud2Pay campaign.

After a decade of releasing several mixtapes and singles, Nipsey released his long-awaited debut album Victory Lap in 2018. The album was nominated in the Best Rap Album category at the 2019 Grammy Awards.

On top of being a rapper, Nipsey was also a community activist and entrepreneur in his Crenshaw neighborhood. He helped establish Destination Crenshaw, a 1.3-mile open-air museum highlighting local art, as well as the Vector 90 STEM workspace and his store The Marathon Clothing.

On March 31, 2019, Nipsey was the victim of a shooting outside of his store on the corner of Crenshaw & Slauson in L.A. He passed away at the age of 33.

On April 11, 2019, thousands of mourners attended a nationally televised celebration of life ceremony held for Nipsey at Staples Center in L.A. The following day, the Los Angeles City Council voted unanimously to rename the intersection of Crenshaw & Slauson as “Nipsey Hussle Square” in his honor. In 2020, Nipsey posthumously won Grammy Awards in the Best Rap Performance category for “Racks in the Middle” with Roddy Ricch and Hit-Boy, and in the Best Rap/Sung Performance category for his collaboration with DJ Khaled and John Legend on “Higher.” 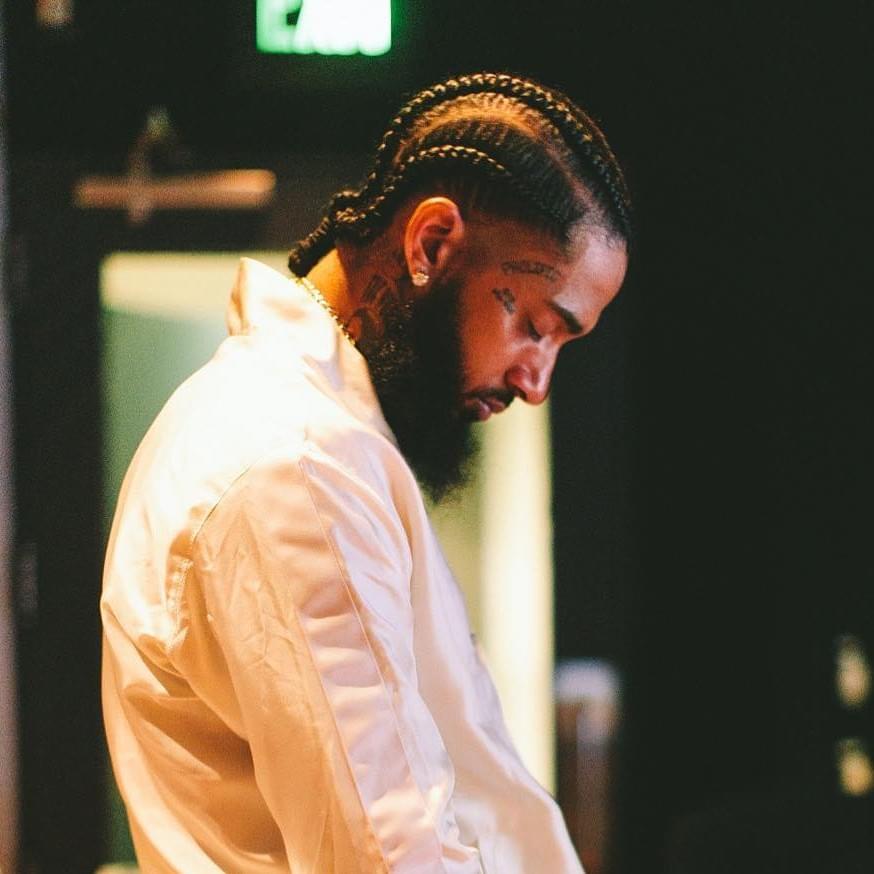