Robert Rihmeek Williams was born on May 6, 1987, in Philadelphia, Pennsylvania. His stage name, Meek Mill, came from his friends calling him Meek Millions, a play on making millions, because of his middle name.

Meek got his start in rap by participating in rap battles and rapping in a group called The Bloodhoundz. His solo career began with his two mixtapes The Real Me and The Real Me 2. His next mixtape Flamers, caught the attention of Atlanta rapper and Grand Hustle boss T.I. who hosted his following tape Flamers 2: Hottest In Tha City. T.I. intended to sign Meek to his label, but both rappers found themselves in legal trouble delaying the deal which ultimately came to pass. His following tapes, Flamers 2.5: The Preview and Flamers 3: The Wait is Over, produced the hits “Rosé Red” and “Make ‘Em Say” which gave Meek his first major mainstream success. In 2010, he released his seventh mixtape, Mr. Philadephia.

In 2011, Meek signed to Rick Ross‘ Maybach Music Group, where he released two singles, “Ima Boss” and “Tupac Back,” for the group’s Self Made Vol. 1. He went on to appear on the album nine times. The label released two more compilation albums, Self Made Vol. 2 in 2012 and Self Made Vol. 3 in 2013, with Meek appearing four and six times respectively.

In the following years he released three more mixtapes: Dreamchasers in 2011, Dreamchasers 2 in 2012, and Dreamchasers 3 in 2013. The Dreamchasers series became his most popular and successful projects with the second installment being the most downloaded mixtape of all time.

In 2012, he released his debut album Dreams & Nightmares. It sold 165,000 copies in the first week falling short of expectations due to Hurricane Sandy affected the east coast at the time. In June 2015, it received gold certification.

His sophomore album, Dreams Worth More Than Money, was set to release in September 2014 but was pushed back due to Meek going back to jail due to a parole violation. It went on to release on June 29, 2015, selling 246,000 copies in the first week.

On July 21, 2017, Meek released his 3rd studio album Wins and Losses which found Meek at his most introspective, addressing the triumphs and losses of his life – both in the streets and inside the industry.

On November 6th, 2017, Meek was incarcerated for two to four years as a result of an incident that involved Meek popping a “wheelie” on a dirt bike in NYC. Six months later, on the 24th of April in 2018, Meek was released with bail after an appeal to the Pennsylvania supreme court.

On November 30th, 2018, Meek released his 4th studio album Championships which he has described as about “being in the championships stage” of his life and a celebration of “really beating poverty, the system, gun violence.” 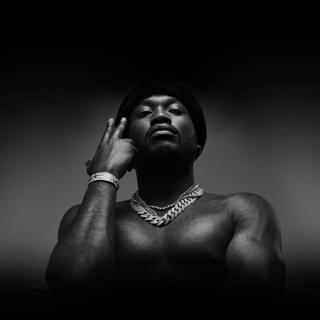