Joseph ‘Afroman’ Foreman began writing songs and handing them out to his friends on cassette while in the eighth grade. At 25 years old, he released his first album, 1999’s Sell Your Dope. Soon after, he moved from LA to Mississippi with the mission to ‘get away from competition and sell to actual people’, releasing his sophomore album Because I Got High in 2000 on T-Bones Records. Its title track, written hastily after a friend showed up and interrupted him on an ambitious day and insisted they instead get high, was the last song he had recorded for the album. Soon after, Afroman left the music business.

At the same time, the file-sharing software Napster – heavily used at the time to share and distribute music for free – was at its peak of popularity, and the album’s title track became popular with its users. Universal Records caught wind and signed Afroman to a six album deal and released it as a single on July 6, 2001.

“Because I Got High” immediately became one of the most-requested songs across the nation, growing even larger after syndicated morning radio show host Howard Stern began airing it regularly, helping to make it ‘the most requested song on the radio in the country’. Further boosting its popularity was its inclusion in the film (and soundtrack to) Jay And Silent Bob Strike Back and MTV’s eventual agreement to air a modified, less-controversial music video for the song. It peaked at #13 in the US, and topped the charts in ten countries overseas. Its album The Good Times reached #10 in the US.

Afroman performed across the US with Cypress Hill, Busta Rhymes, Method Man and Redman in September and October on the appropriately-titled Smoke Out Tour. The album’s second single “Crazy Rap” reached the top 40 in five countries in early 2002, but failed to make an impact in the US.

In 2004, for reasons not explained publicly, Afroman split from Universal and began releasing music on his independently-owned Hungry Hustler record label, taking the music in a ‘more band oriented’ direction, incorporating a guitarist, a keyboardist and 2 Live Crew’s DJ (Mr Mixx) into his live performances. He dropped four albums that year including the holiday album Jobe Bells. Two more albums followed in 2006.

Afroman was originally planning to produce a parody of the 1995 film Waiting To Exhale in 2007, but a year later his eighth album Waiting To Inhale was released with no film to accompany it. That year also saw the release of Greatest Hitz Live. 2009’s Frobama: Head Of State featured “Because I Got High 2009”, an ‘easy listening’ remake of the song with different lyrics. In 2011, Afroman was sued for failing to appear at a concert he was booked to play in Columbus, Ohio. Two years later, the album Marijuana Music was released.

In 2014, Afroman was living in Ohio and released “Because I Got High (Positive Remix)” in association with NORML about the pro-legalization of marijuana in antipaction of an upcoming vote regarding making the drug legal in the state. That year, the remix was included on an EP titled One Hit Wonder.

During a live performance on February 17, 2015, a woman in the crowd walked up on stage and began dancing next to, then up against, Afroman, who responded by sucker punching her in the face. He was then arrested and charged with assault. Later he claimed, “I basically had a nervous breakdown”. In 2018, Afroman settled the assault suit by agreeing to pay $65,000 to the victim. 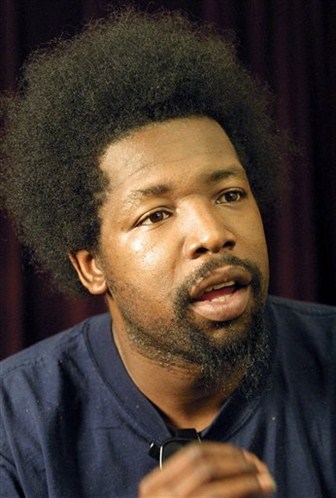