blink-182 set off the 1990s storm of pop-punk, blazing a trail in the genre with electrifying riffs and memorable lines—“Fuck a Dog,” anyone? The band has seen some lineup changes over the years, but its core trio (Tom DeLonge, Mark Hoppus, and Travis Barker) has mostly stood the test of time. As of 2015, DeLonge left the band to pursue other projects.

Founded in 1992 in Poway, California (a suburb in San Diego), DeLonge, Hoppus, and former drummer Scott Raynor formed the band in Raynor’s bedroom, writing songs for their demos, and playing practical jokes along the way. Initially, under the name Blink, the trio was forced to change the name to avoid a lawsuit with the Irish pop-rock group of the same name, so they added “182” at random (fans continue to speculate what “182” means to this day).

After releasing their demo album Buddha, blink-182 released Cheshire Cat in 1995 under Cargo Records. While not a major success at the time, the album generated buzz from the Southern California punk scene and major labels alike. After being signed to MCA Records, the band released Dude Ranch in 1997 with the hit singles “Dammit” and “Josie”.

In 1998, Scott Raynor was removed for his drinking addiction, which affected the band’s performance and created tensions for the trio. Travis Barker, formerly of The Aquabats, filled in for Raynor during the West Coast mini-tour, and was quickly welcomed as a permanent drummer. His drumming technique heavily influenced the band, causing a sonic shift in their songwriting. With the aid of their new producer Jerry Finn, blink-182 went on to record their next album.

Enema of the State (1999) was the band’s first enormous commercial success, selling over 15 million copies worldwide on the strength of singles “What’s My Age Again?”, “All the Small Things,” and “Adam’s Song.” Their 2001 release, Take Off Your Pants and Jacket, peaked at #1 on U.S. Billboard and introduced the world to the catchy “First Date.” A 2003 self-titled album saw a stylistic shift in the band’s music, marked by fatherhood and maturity in songs like “I Miss You” and “Down”.

The band went on a four-year hiatus from 2005 to 2009. DeLonge focused on Angels & Airwaves (with elements taken from Box Car Racer), Hoppus fronted +44 with Barker, who also worked on solo drum work and collaborated with the late DJ AM. After the band’s reunion in 2009 following Barker’s plane crash, they released Neighborhoods to critical acclaim in 2011, although the album left mixed feelings in the divided fanbase.

Upon DeLonge’s departure from the band in 2015, Alkaline Trio frontman Matt Skiba was announced as his replacement. The new lineup returned to the studio in August of 2015 to record their long-awaited seventh album, California, which released on July 1, 2016.

Their eighth album, titled NINE hit the world with the singles, “Blame It On My Youth”, “Generational Divide”, “Happy Days”, “Darkside”, and “I Really Wish I Hated You” in 2019. 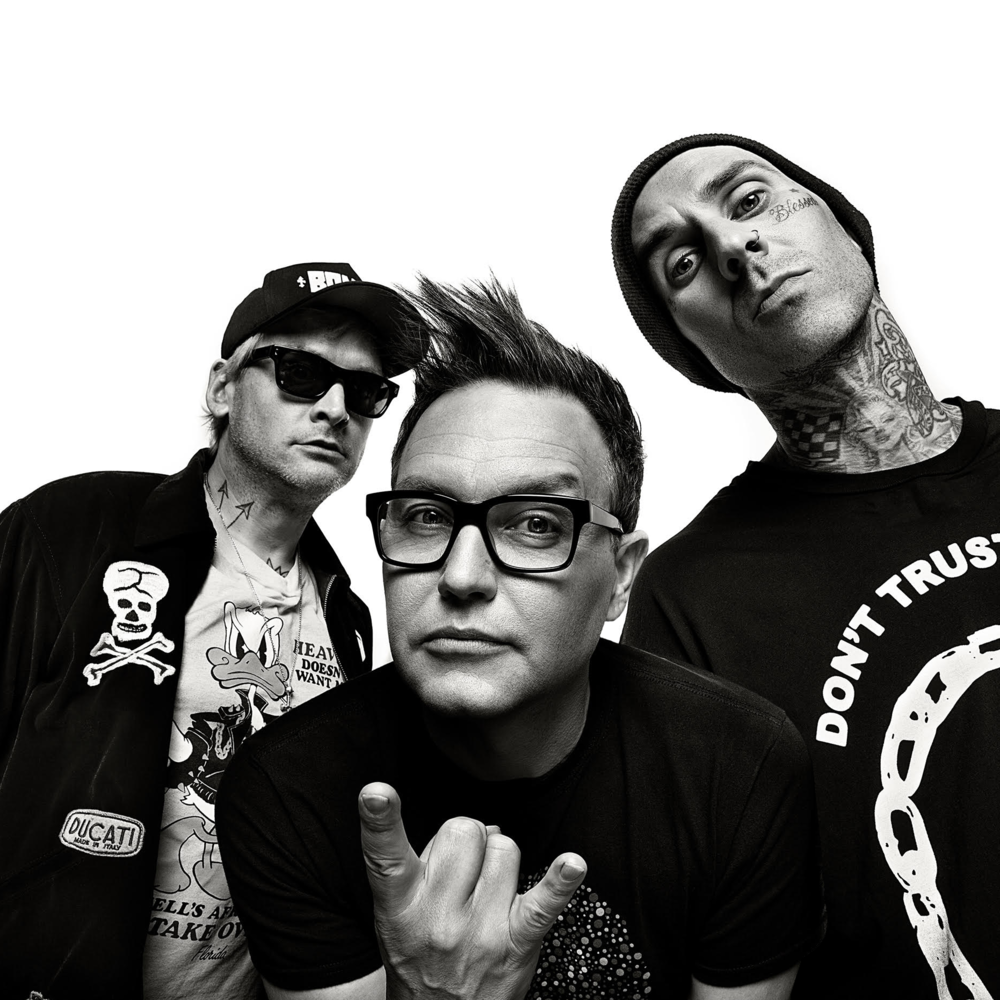