Smash Mouth is an American rock band from San Jose, California. The band was formed in 1994, and was originally composed of Steve Harwell (vocals), Kevin Coleman (drums), Greg Camp (guitar), and Paul De Lisle (bass). They are known for such songs as “Walkin' on the Sun” (1997) and “All Star” (1999).

The band has adopted retro styles covering several decades of popular music. They have also performed numerous covers of popular songs, including The Monkees' “I’m a Believer”, War’s “Why Can’t We Be Friends?”, Simple Minds' “Don’t You (Forget About Me)”, ? & the Mysterians’s “Can’t Get Enough of You Baby”, The Beatles' “Getting Better” and Disney’s “I Wan'na Be Like You”. 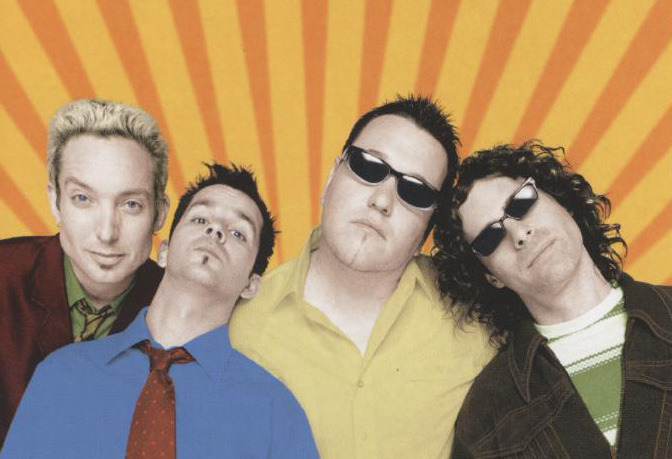