Born Daniel Dewan Sewell on March 16, 1981, Danny Brown is a rapper originating from the Dexter-Linwood area of Detroit, Michigan.

Danny is a rather unconventional rapper, employing multiple flows and cadences, thus the moniker of “The Hybrid.” His style varies from his normal rapping voice, to low pitched gravely tones to a manic, and high-pitched squawk. He started finding the “high-pitched squawk” and let it accustom to his style around the time of the release of XXX, his third mixtape. Danny is currently signed to Warp and Fool’s Gold Records, the former record label that he released his most recent (and most experimental) album on in 2016, Atrocity Exhibition. He has also collaborated with fellow Detroit artists such as Black Milk, a perfect example being their 2011 collaborative EP Black and Brown.

His attraction towards rhyming started in childhood, as his mother would read Dr. Seuss books to him. When he began to speak for the first time, he would talk in rhyme patterns. His father was a house DJ who exposed Brown to the wide spectrum of rap music that he would regularly spin, as well as varying music from the artistic likes of Roy Ayers, LL Cool J, Esham, and A Tribe Called Quest.

Brown always wanted to be a rapper as a result of being exposed to all said music at the time, going back to childhood:

In kindergarten I’d say I wanted to be a rapper and people’d just laugh at me. “That’s a pretty funny job,” they’d say.

He became a drug dealer at the mere age of eighteen, this being a new lifestyle but not surprising because he finally had reached the age where he was allowed to be independent. He intended to refrain from any illegal activities after being caught by the law, but he continued once more:

I always told myself once I got my first case I was gonna stop. Then I got my first case, but I didn’t stop. I got distribution and manufacturing and possession with intent to distribute. I was 19. I caught my second case loitering with some weed, but it violated my probation but I ran and I didn’t go to court. I just ran for like at least 5 years. But once I got caught I had to do 8 months. When I violated my probation, I got my second case and I was scared. I had warrants so I couldn’t really slang like that cause I didn’t wanna go to jail. I was broke in the hood. I had nothing else, so I just started going back to studying music and trying to become a rapper.

In 2011, Rob Markman, Head of Artist Relations for Genius, proclaimed Danny in a MTV article as “one of rap’s most unique figures in recent memory.” This is simply not an overrated statement of appreciation, either: Danny entered a Billboard chart two years later for the first time as a result of the popularity from a few singles released from Old, reaching number 18 on its Billboard 200 chart. This was the inspiration for the release of the singles “Dip,” “25 Bucks,” and “Smokin' and Drinkin,” all from Old. 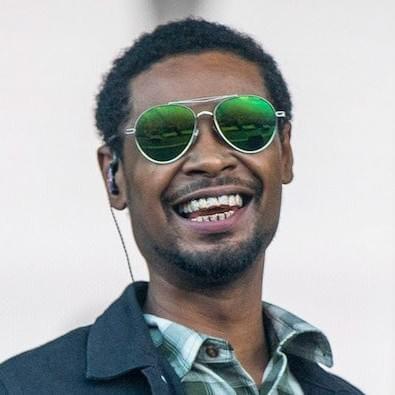