Royal Harbor (born May 12, 1975), known by stage name Knoc-Turn'Al, is a songwriter and rapper. His first release was the EP L.A. Confidential Presents: Knoc-turn'al. His official debut album, The Way I Am, with only the title track being released as a single. His second album was Return of the Hustler which was released in January 2006. His third is to be titled The Book of Knoc. It will be released on Equity Records. The bulk of Knoc’s exposure has come in the form of feature spots, most notably on Dr. Dre’s album 2001, on the tracks “Some L.A. Niggaz” and “Bang Bang”, and also on the single “Bad Intentions” from The Wash also with Dr. Dre. He also performed on another track from the soundtrack called “Str8 West Coast”. 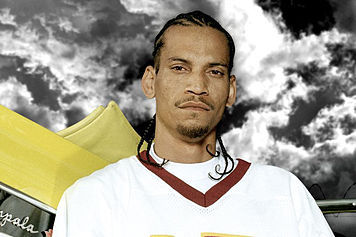