James Timothy “Tim” Holland Jr. (born September 25, 1977), better known by his stage name Sole, is an American underground hip hop artist from Portland, Maine. He is one of eight co-founders of the record label Anticon. He has been a member of the groups Northern Exposure, Live Poets, Deep Puddle Dynamics, So-Called Artists, Da Babylonianz, Sole and the Skyrider Band and Waco Boyz.

Sole started listening to rap in second and third grade after hearing a song in a movie, which made him want to write rhymes himself. His cousin would emcee battle at elementary school recess and he would help her write over the phone, these being maybe the first rhymes he wrote. In middle school, a kid down the street had a karaoke machine and they would make loops by rewinding the tape. Around this time, Tim started going to open mic events and people were impressed with how someone so young could rhyme so well and so fast. Others saw this as an opportunity and different deejays took him under their wing to help him get into studios.

Another one of his cousins married an engineer who worked at a studio in Boston and he was offered the opportunity to record for free. Tim’s aunt was a lawyer and his uncle was a republican politician in Miami (whose high point was debating Jesse Jackson for office) and through the connection of an entertainment lawyer, Sole was able to send the recording to Jermaine Dupri whose management company, Entertainment Resources International wanted to sign Sole. Because he was a minor he was represented through his uncle and although he was offered an advance and a budget, the deal fell through. Sick of the industry, Sole decided to go independent.

Sole recorded his first demo in 1992. At age 15, he assembled 45 Below Records, which included rappers Alias, JD Walker, and producer DJ Moodswing9 (then known as Cuz the Highlander). Sole and Moodswing9 released the album Mad Skillz and Unpaid Billz together as Northern Exposure, selling more than 300 copies. In 1997, Sole released a 12" as Live Poets with JD Walker and Moodswing9. It garnered college radio play and sold a few thousand copies.

In Portland, Tim would get online and trade tapes with people from all over the world that he met on message boards and news groups. Here is where he heard of Atmosphere, The Sebutones, Mr. Dibbs, Odd Nosdam, DoseOne, Yoni Wolf, Shapeshifters, Pedestrian (who turned him onto West Coast hip hop), and Moodswing9 (who would send a tape of Live Poets to anyone who gave him his/her e-mail address). Eventually, he hopped on a Greyhound and went west to the bay area. In between deciding this and the idea of starting Anticon (a hip hop collective), the Deep Puddle Dynamics album The Taste of Rain… Why Kneel? was recorded. The rappers involved set certain mutually decided, creative rules such as not mentioning hip hop, emcees and rappers. This album was shopped around. At this time Napster was becoming extremely popular.

In early 1998, Sole and rapper Pedestrian coined the name Anticon and together started a collectively owned record label under the name. Later it was set up as a standard corporation with eight shareholders. In the same year, Sole traveled to Minneapolis with Alias and Doseone. They recorded the album The Taste of Rain… Why Kneel? as Deep Puddle Dynamics with Slug of Atmosphere. Sole and Pedestrian moved Anticon to Oakland, California.

Having learned from people he had met along the way, people like James Grillo out of New York and Vinyl Re-animators out of Boston, he had a manager for a while, Franz, who would get them the deal with Southern and also hooked them up with Girlie Nation for publicity. Eventually a distribution company was started in order to pay for staff which also paid Odd Nosdam to do art and an individual named Bailey to help run the label and become anticons label manager.

In 2000, Sole released the first official solo album Bottle of Humans on Anticon. As So-Called Artists, he released Paint by Number Songs with Alias and DJ Mayonnaise in 2001. Sole’s second solo album Selling Live Water was released in 2003 and received positive reviews; Pitchfork Media gave it a 7.3, Metacritic gave it a score of 77 and a user score of 9.5 out of 10. Sole had a job making money for an IT consulting firm until he was able to make a living off of music by selling bootlegs since he was living in a warehouse with eight people and his rent was $150 a month. “Selling Live Water” offered him the opportunity to tour the world. He found himself in New York when the 9/11 attacks occurred, finding out about it as he was picking up Pedestrian from the airport and a fireman turned him away from the bridge and told him that they were under attack. The incident left him terrified and wanting to understand why it happened. This put him on a course to learn more about history and why things are the way they are. After the touring on “Selling Live Water” he found himself in Oakland just sitting around and not doing anything, waiting between release schedules. He had gotten a big advance from More Music for “Mans Best Friend”, had no debt and decided to move to Europe. Settling for a time in Barcelona, he spent a lot of time reading including philosophy, anarchism, Noam Chomsky, Emma Goldman,Marxism, Guy Debord and The Situationists amongst other things.

Later that year, he moved to Barcelona. Two years later, he released the third solo album Live from Rome in 2005. Soon after, he moved back to the United States, relocating to Flagstaff, Arizona.

Aside from his official releases on Anticon, Sole has also released self-produced albums on his own imprint Black Canyon. These include various compilations of unreleased material, as well as the releases of his Man’s Best Friend project, various mixtapes, and collaborations with platinum certified producer DJ Pain 1. As he is no longer with Anticon, Sole currently self-releases his solo records.

Sole is currently based in Denver, Colorado. He is married to Yasamin Holland, whose name is referenced occasionally in his lyrics. Sole has also been active in the Denver outpost of the Occupy Wall Street political movement, various anarchist projects and hosts a podcast about revolutionary politics and radical philosophy called “The Solecast”.

Sole is known for his dense and often dark stream-of-consciousness style of rapping. His verses are often filled with abstraction, metaphor and sarcasm while avoiding or deconstructing traditional hip hop topics and cliches. His more recent style has seen him slow down his delivery and use fewer words to make the lyrics more understandable to the ear. 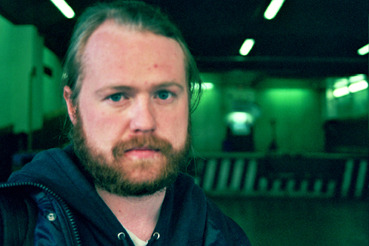