Iso (Born September 10, 1990) is an American rapper signed to Twisted Insane’s Brainsick Musik. Before being signed to Brainsick, he made several mixtapes and also suffered a period of homelessness and incarceration before coming to Brainsick and releasing his first album; The Insanity Plea on July 27, 2015. He made a second album, Autophobia, which was released in November 2016. 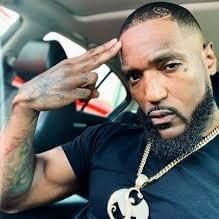