Kesha Rose Sebert, whose mononymous stage name was previously spelled Ke$ha, is an American singer-songwriter best known for hits like “Tik Tok” and “Praying.” Her mother, Pebe Sebert is also a songwriter, and the two have worked together on songs like “Learn to Let Go.”

In 2005, at age eighteen, Kesha signed a record deal with Dr. Luke’s Kemosabe Records. Her first major recording was an uncredited feature on Flo Rida’s 2009 hit “Right ‘Round,” which she recorded after walking into a session between Flo and Dr. Luke. She released her debut album, Animal, the next year, after choosing from hundreds of songs, and the record debuted at #1 on the Billboard 200 chart. Lead single “Tik Tok” broke the record for the longest time for a female artist’s debut single to top the Billboard Hot 100.

Nine months after Animal dropped, Kesha rereleased it alongside Cannibal, an extended play featuring hits like “We R Who We R,” which debuted at #1 on the Billboard Hot 100, and “Blow.” In February 2011, Kesha kicked off her Get Sleazy Tour, which travelled through the Americas, Europe, and Australia. During the tour, she began writing for her sophomore album, Warrior, which was released in November 2012. She then embarked on a world tour, and was joined by future “Timber” collaborator Pitbull on the North American leg.

In the beginning of 2014, Kesha checked into rehab to get treatment for bulimia nervosa. After leaving treatment, she announced that she was changing her stage name from Ke$ha to Kesha. Later that year, Kesha filed a lawsuit against Dr. Luke, saying that he mistreated and abused her over the decade they had worked together. Unfortunately, the judge dismissed Kesha’s claims and refused to free her from her contract with Dr. Luke.

In 2016, Kesha featured on Zedd’s track “True Colors,” her first official release since her legal battle with Dr. Luke. The next year, she released “Praying,” the lead single of her third studio album, Rainbow. The record, some of which she wrote while in rehab, debuted at #1 on the Billboard 200 chart, her first album to do so since her debut. 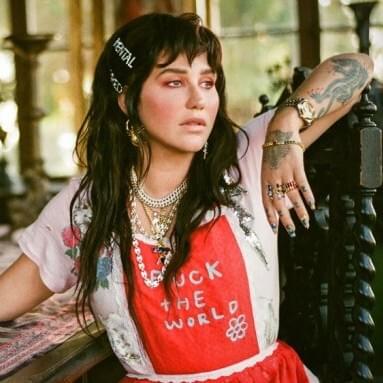