A veteran of New York City’s underground Hip-Hop scene, Block McCloud has recently emerged as the artist of choice both for his skills as a seasoned lyricist and for his ability to craft and sing choruses to embellish tracks featuring the likes of Jedi Mind Tricks, Vinnie Paz with Clipse & Paul Wall, Sean Price, Sick Jacken with many more in the queue for 2012 alongside Bustah Rhymes, Canibus, Jadakiss, Styles P, Method Man, Kurupt, Ras Kass, Termanology, Sun God, and others. He is also a member of the Jedi Mind Tricks lead supergroup Army of the Pharaohs along with spearheading his own musical collective, The Suicide Squad.

A product of the Park Slope neighborhood of Brooklyn in New York City, Block McCloud was certainly in the right place to absorb cultural and stylistic influences. Like every rapper reared in the sacred borough, he is quick to credit its social collage as key in spurring his development. “I was raised in Park Slope which was and is still a very eclectic and culturally and economically diverse neighborhood,” Block explains. “North of 5th avenue, very paid. South of 5th avenue, strictly ghetto.”

Block first made his name with a group called Zooty Zoo in the mid 90’s, appearing on the Ecko Unlimited Mixtapes that accompanied their line of T-shirts. He then went on to appear on the seminal independent compilation Lyricst Lounge, Vol. 1 released on Rawkus Records along side acts such as Q-Tip, Mos Def, Talib Kweli & Pharaohe Monch among others. Shortly after, Block formed the group Brooklyn Academy with Pumpkinhead and Mr. Metaphor releasing several independent singles and albums while remaining active as the engineer of choice for other indie artists like Jean Grae and Immortal Technique. In 2006, Block released his first solo-LP, Spittin Image leading to his inclusion in the aforementioned Army of the Pharoahes projects.

With the release of Crazy Man EP and 2012’s full-length LP Four Walls (produced entirely by DJ Waxwork with confirmed features from Vinnie Paz, Reef The Lost Cauze, Ill Bill, King Magnetic and more) Block seeks to establish himself as a prominent force within the genre. 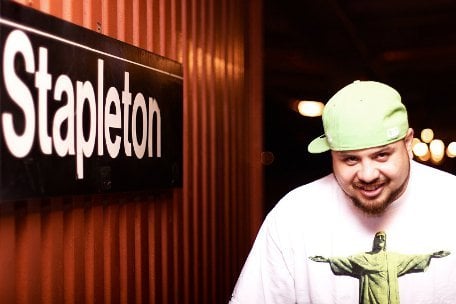