Lil Darkie is a rapper, producer, artist, and cartoon. He is a member of the Spider Gang collective.

Born as Joshua Hamilton, Lil Darkie’s music started approximately around 2016, under the alias Brahman. The name was a reference to the Hindu term of the same name.

Joshua is known for the loud, screaming, experimental music he makes, under heavy distorted bass accompanied with layers of voices. Lil Darkie is mostly unknown for the part, but he recently gained a lot more attention and fame off of TikTok. His songs, “GENOCIDE” and “HAHA” went viral on the app, and both songs sit at over 10 million views on YouTube. 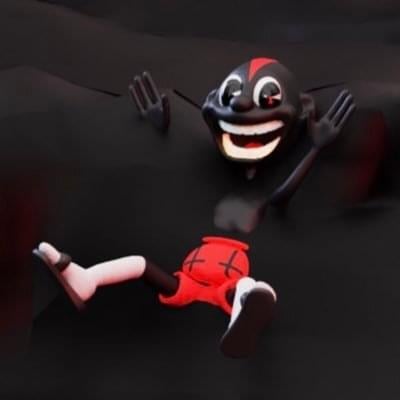