Daystar Shemuel Shua Peterson, better known as Tory Lanez or sometimes by his alter ego ‘Argentina Fargo’ is a Canadian rapper & singer who was born on July 27th, 1992 and grew up in Brampton.

Origin of stage name.
The name “Tory” comes from Brooklyn rapper Notorious B.I.G. and “Lanez” is a nickname he had when he got “ from playing chicken in street.”

Inspiration behind his crazy live shows.
Tory has said that his father being a missionary preacher is what inspired him:

Watching my dad as preacher plays a big part in it. Number one, him being a preacher, I always seen him like, level out his voice and then scream when it was time for it… Like me watching that… growing up, I think that played a big part in my presentation on stage, my wittiness ‘cause my dad was one of those preachers where he’s in church and he can deliver a message to you at the same time but he can also take a second off and be witty, for a second, and make a joke. And it’s just like, people would laugh but they understand what he’s saying. Because of that, the projection and the way that he spoke and just like, his vocabulary and everything, just the way he did things, was just at such a pace and a place that I feel like, it was inspiring to me. Now that I’m on stage and I have the mic, and I’m leading my own congregation, if you will, I take things that I saw.

Background
Tory delves in detail into his upbringing including the passing of his mother when he was young, being homeless and why he started rapping in this interview.

Musical Career
Despite hailing from Toronto, Tory was brought up in Miami, Florida; and during his later life, California. Lanez has been rapping since the age of nine. After having released a host of mixtapes, he released his debut studio album, I Told You, on August 19th, 2016.

On March 2, 2018, he released his second album, MEMORIES DON’T DIE. Then, on October 26, 2018, Tory released his Miami-flavoured third studio album, LoVE mE NOw? – which was inspired by his near-death encounter with a plane crash in June, 2018.

Tory’s fifth studio album, The New Toronto 3, would come not long after, releasing on April 10, 2020. TNT3 is a continuation of his “The New Toronto” mixtape series, a primarily hip-hop focused sister series to his “Chixtapes”.

On July 12, 2020, Tory was involved in a controversial altercation with Houston rapper Megan Thee Stallion, during which the former allegedly shot the latter in the foot. This altercation left Megan hospitalized and Tory jailed on gun charges. In response, Tory remained silent for more than three months, then released DAYSTAR, his sixth studio album, on September 25, 2020. Many of the tracks on DAYSTAR are centered around the alleged shooting and act as Tory telling his side of the story. 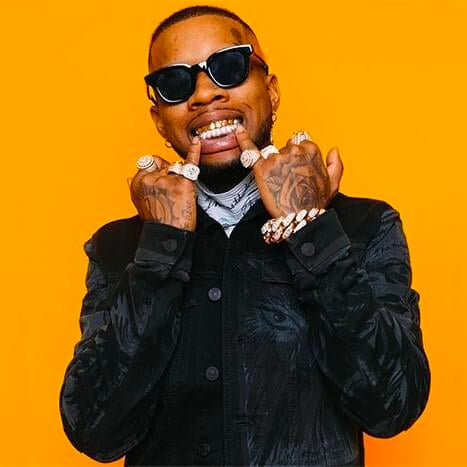