Consisting of Turk, Juvenile, B.G. and Lil Wayne, The Hot Boys were the group that took Cash Money Records from an influential local New Orleans record label to a multi-million-dollar powerhouse. They only released three albums as a group (one after their breakup), but together and separately, they brought a new energy to their label’s gangsta bounce sound

With beats by in-house producer Mannie Fresh, the group members took their youthful boasting (Wayne, the youngest, was just 15 at the time of their debut album) and made crossover hits that took a regional phenomenon to national prominence

The group members are also responsible for introducing tons of slang into the lexicon, including the infamous term “bling bling” 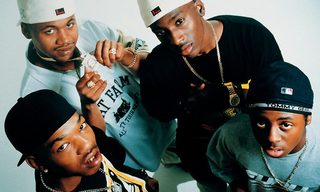