Throughout his early solo career, Warren G worked with artists like MC Breed and 2Pac, but his big break came when his vocal collaboration with Mista Grimm, “Indo Smoke”, appeared on the Poetic Justice soundtrack in 1992. His outstanding rap lead to a serious collaboration with Dr. Dre. Dedicated to hard work, that same year, Warren G made major contributions to Dr. Dre’s album The Chronic, released in December 1992, including sampling for “Nuthin' but a G Thang”

Worldwide recognition as a solo artist came immediately after Warren G dropped the smash hit “Regulate”; a duet with Nate Dogg, which topped the charts in 1994. The accompanying album Regulate…G Funk Era is a monument to the originality and smooth hip hop that is Warren G. The debut album went triple platinum with an accompanied second single, “This DJ”, becoming his second Top 20 hit. Had Warren G signed with Death Row, which he could do after 213 dissolved, he would have been one of the label’s biggest selling acts at the time.

Besides rapping and DJing with some legends in the game Warren also produces his own music and for others, credits include Made in America, The New Breed, Conversation, G-Funk Classics, Kuruption!, Laugh Now, Cry Later, Rapper Gone Bad, and many other well-received albums.

For Songs With 213, See Their Artist Page 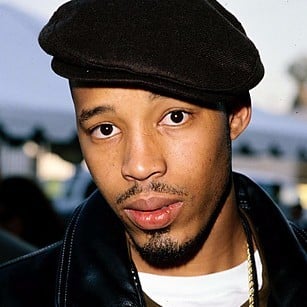