She is an artist with an abiding, deep commitment to lyrical honesty and musical integrity. Simply put, if Jill Scott feels it, she writes and sings it. While vivid imageries, metaphor analogies are her stock in trade, there’s no pretense, no hiding. She’s upfront, in-your-face always real, using her own distinctive poetry to breathe life into words, digging inside to bring forth the accompanying emotion. It is that authenticity that has endeared Jill Scott to everyday music buyers who hear what she’s saying through her music and respond according. Folks who know the rough and tumble of life, love right, love wrong, passion misspent, passion fulfilled, lonely nights and empty days and everything in between declare, ‘Yeah, girl!,’ ‘Go ‘head on!’ and ‘I feel ya’.

So much has been said, so many lyrics sang. And Jill continues to be a mainstay on the music front and time flies.

It is hard to fathom almost 15 years have passed since the release of her debut album, the monumental and ground breaking Who Is Jill Scott?” Words & Sounds Vol. 1.

It was July 18, 2000 and the new label, standing behind quality music and quality artists, Hidden Beach launched this album. For those who recognized the power behind this incredible vocalist and were mesmerized by her tantalizing lyrics, they knew Hidden Beach was on to something great and Jill Scott was it.

For the 15th anniversary, Hidden Beach celebrates the greatness of this album, along with “Golden Moments,” the first official greatest hits collection from this Hidden Beach Alumnus, featuring “I Adore You,” a previously-unreleased song from the vault (2000-2009).

In explaining the formula for her prolific writing and ability to serve as the voice of many women, Jill remarked, “I put myself in each woman’s place…and found that it became more about me, all of it, with the envy, the anger, the frustration, the loneliness, the joy, the passion and the rapture.

And that’s what makes it juicy…”Juicy, indeed.

Since her debut in 2000, Jill’s career has continued to blossom. From her starring roles in the Tyler Perry “Why Did I Get Married?” movie franchise to the HBO-produced “First Ladies Detective Series,” there is no stopping her passion for the arts.

And, indeed, passion as expressed through her music has been the essence of what has made Jill Scott one of the most important artists of the new millennium. The North Philly native became part of the international music consciousness with the release of “Who Is Jill Scott?” Words & Sounds Vol. 1, which achieved double-platinum status and earned her NAACP Image Awards, trophies from both Billboard and Soul Train, as well as Black Girls Rock.

She continues to grace magazine covers (and was voted among People’s 50 Most Beautiful for 2001), contributed editorials and blessed the national television stages of Oprah, David Letterman, The Tonight Show and “The View.” After touring the world, she released a real, live album with some new cuts, 2001’s “Experience: Jill Scott 826+” which spawned the Grammy-nominated “A Long Walk.”

During the ensuing three years, Jill stayed busy, touring consistently, directing a video for a fellow Hidden Beach alumnus, trombonist Jeff Bradshaw, appearing on “Sesame Street” in celebration of its 33rd year. Her original compositions were featured on the soundtracks for “Brown Sugar,” “Rush Hour 2,” “Down to Earth,” “Kingdom Come” and the “Red Star Sounds” compilation. Reflecting on her accomplishment-filled career, she says, “Honestly, I didn’t expect anything when I did my first record. I just hoped and so far I am floored with the things I’ve been able to do as a writer and vocalist. I’ve learned a lot…”

Her 2004 release of Beautifully Human, Words & Sounds, Vol. 2 was a continuation of the acceptance and recognition she enjoyed with her first two albums; the anthemic standout cut “Golden” reflected her life experience. “After taking time off, I felt like I was just living my life like it was golden – it was as if I could polish it, like I could walk past a mirror and just marvel at it. So when I heard the track for the first time, the words just came to me and all I could do was just write them down.” The album was nominated for a Grammy for Best R&B Album and won the Best Urban/Alternative Performance Grammy for the single “Cross My Mind.”

Although she’s no longer a member of the Hidden Beach artist roster, the history of the label cannot be told without referencing Jill Scott, who was there from the beginning. 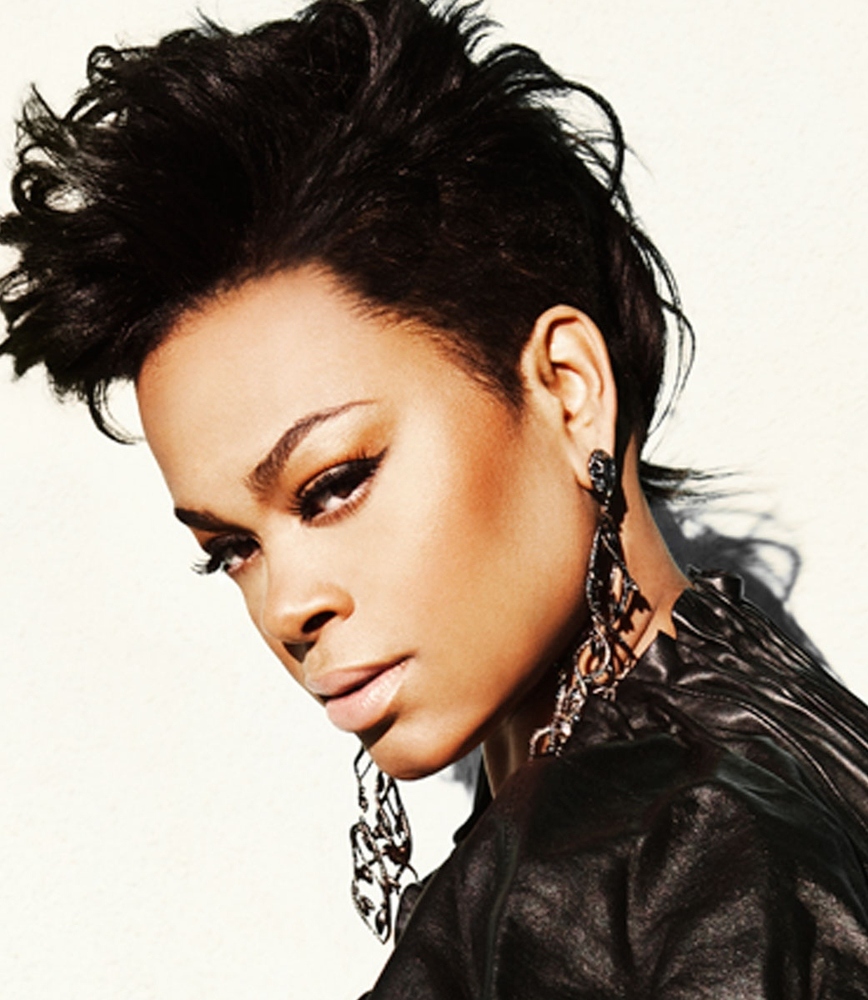