Carlos Santana (b. 1947) is a Mexican-American musician who became popular in the 1960s, heading a band that featured a new fusion of rock and latin music, as well as his bluesy, virtuosic guitar lines. He has been listed by Rolling Stone as #20 of the top 100 Greatest Guitarists of All Time. He is the winner of 10 Grammy Awards and 3 Latin Grammy Awards. 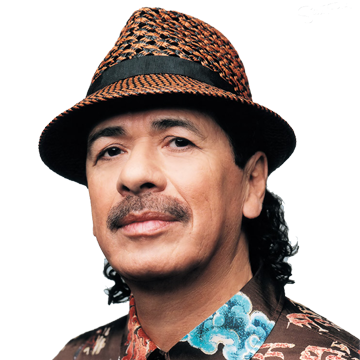