The Growlers are an American band formed in Dana Point, California in 2006, then moved to Costa Mesa, Orange County. The band consists of Brooks Nielsen (vocals), Matt Taylor (lead guitar) and Kyle Straka (guitar and keyboars) as well as three unofficial members, including Brad Bowers (bass), Adam Wolcott Smith (keyboards), and Richard Gowen (drums). Including their demos, they have released 18 albums as of Oct. 2019.

The name originates from the fact that according to the members, at first they didn’t sound too good to say the least. This combined with the slang phrase “taking a growler”, meaning taking a shit, they have the most subtly hidden degrading band name ever. As they got on with their career the quality got gradually better but the name stuck.

Their musical style could be best defined as a mixture of folk, pop, surf rock, psychedelic elements, to which the band itself refers to as Beach Goth. Just get five surfers who happen to have a strange obsession with dressing up as girls for fun, Mexican culture and melancholy, put them in a haunted castle, give them some shrooms and some instruments to play on and boom! You got The Growlers. 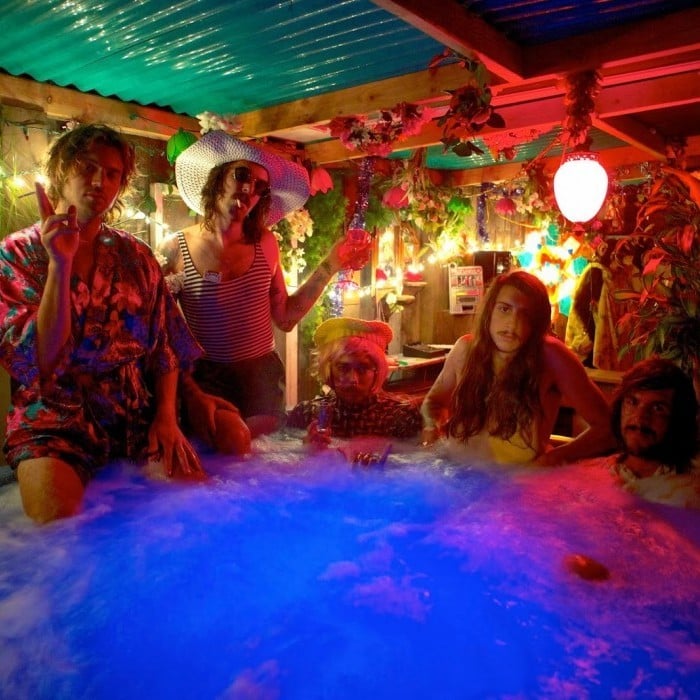