While 2Pac was still locked up in Dannemora in Bay Area, he used to hear prisoners slanging words e.g. “-cydal,” and “man, that’s dramacydal,” so he decided to give the name, Dramacydal, to his group through a phone call. Napoleon clarified in an interview that they appeared on couple of Me Against the World’s tracks.

Upon 2Pac’s release from prison and signing to Death Row Records, he recruited his step brother Mopreme Shakur and Big Syke from Thug Life. Hussein Fatal, Napoleon, E.D.I. Mean, Kastro, Yaki Kadafi, and last but not least Young Noble were also added and together they formed the original lineup of Outlaw Immortalz that debuted on 2Pac’s All Eyez on Me.

The group remained in slight obscurity until the release of 2Pac’s first posthumous album, The Don Killuminati: The 7 Day Theory. After appearing on songs like “Hail Mary” and “Life of an Outlaw,” the voices were familiar in relation to 2Pac’s music and just about every hip-hop fan knew about Outlawz. 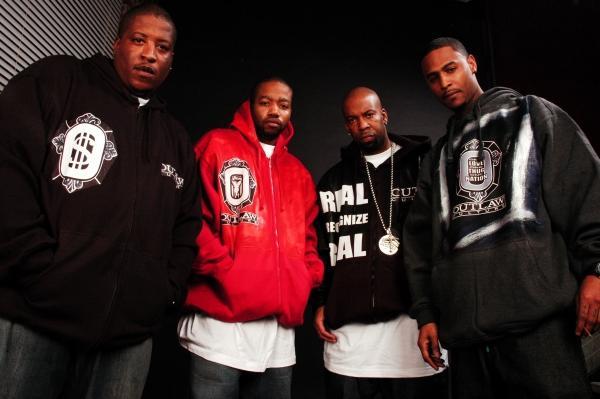