Magnolia Shorty (September 30, 1982 – December 20, 2010), born Renetta Yemika Lowe-Bridgewater, was an American rapper in the New Orleans bounce scene, who signed to Cash Money records in the early 90’s. She was often referred to as the “queen of Bounce” and was part of Lil' Wayne’s crew.

Her first album, Monkey On Tha D$ck released on March 26, 1997 with 6 total tracks. Sadly, this was the only album that she released.

Magnolia Shorty was killed in a drive-by shooting and her life cut short on December 20, 2010 at the age of 28 on her way to perform at a festival in Miami, Florida. After a car blocked her and Jerome Hampton in, gunmen came out, killing both of them. Magnolia Shorty was shot 26 times, and was pronounced dead on the scene.

Though she was already considered a massive figure in the bounce scene, her death cemented her as one of the biggest icons in the genre and her legacy lives on through sampling and tributes. 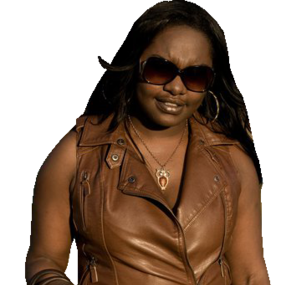