Owen Sheers was born 20 September 1974 in Fiji and brought up in South Wales. He is a distinctively Welsh poet, author, playwright and TV presenter. He was chosen as one of the' Next Generation Poets' and one of the Independent Newspaper’s top 30 young British writers on the strength of his first book of poetry, ‘The Blue Book’. His second, ‘Skirrid Hill’, described by The Guardian as a ‘beautifully elegiac collection’ was published in 2005. He has also written ‘The Dust Diaries’, a prose work retracing the steps of a missionary ancestor through Zimbabwe, which won the Welsh Book of the Year Award 2005; a one-man play, ‘Unicorns’, and has worked as an actor and television presenter. Sheers is also the recipient of a Gregory Award and the 1999 Vogue Young Writer’s Award.

Many of his poems are tinged with a reflective sadness. Some are inspired by deaths in war, suicide, illness, even a horse being shod. Other poems capture relationships between men and women, parents and children, or childhood and adulthood. Perhaps most powerfully, Sheers elegises a dead friend and empathises with the father in his pair of poems, ‘The Hill Fort (Y Gaer)’ and ‘Y Gaer (The Hill Fort)’, the two languages echoing both the border setting of the poems and the two aspects of the father’s grief.

But Sheers can be joyful. Other poems take the reader to an Oxford Ball, a Fijian village, the American desert where an elderly community attempt to defy their years. Principally a writer of free verse, Sheers calls himself ‘instinctive’, depending on ‘the ear’. The Guardian has praised ‘the confident use of internal and sprung rhymes’ and ‘easy lyricism’. 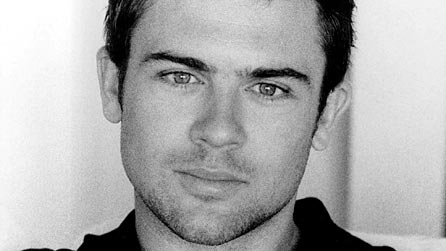